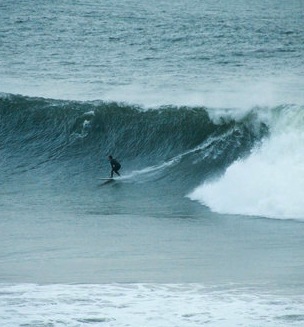 Campus Point has all of the characteristics of a Santa Barbara point break: a sizable/powerful indicator, a protected cove that seems to never get windy because of an offshore kelp bed, a creek/lagoon runoff that builds a nice sand bank, and an amazingly long right hand wave.

But like all other Santa Barbara point breaks, swell and consistency are a problem. In short, campus point gets really good as often as it rains in Santa Barbara (almost never).

But when Campus Point is on, it’s one of the best points in the county, third only to Rincon and El Capitan. The wave has a potential for a nice barrel that can carry 25 yards down the point towards another break called Poles. Several thousand students are fortunate enough to have Campus Point as their go-to break; UCSB’s freshman dorms are in drunken-stumbling distance from the surf spot.  But this means the lineup is often crowded with kids learning to surf. On big days, things can get hairy in the lineup when a bunch of new surfers start bailing their boards on sets.

Like Depressions just around the corner, the take off area at Campus Point can get a little warbley because swell sometimes rebounds off the big rock.

There is also some great spearfishing spots right off the point, if you need some gear, be sure to checkout Underwater Mag.

The surf spot Poles is just down the point from Campus Point and was named for 3 poles that used to sit in the lineup (see picture). The Poles marked an underground water intake valve installed by the UCSB Marine Lab in 1962 and were removed sometime in the late 1970s). 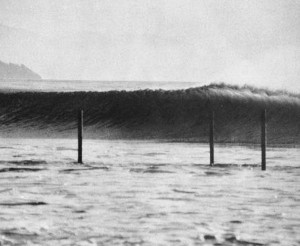 Poles is a left and right reef break that is less consistent and less powerful than the neighboring Campus Point (being less consistent than campus is an issue).  To make things worse, Poles is often crowded with SUPs and beginners riding foam boards.  Here is good article on the history of the Campus Point/Poles surf spot. 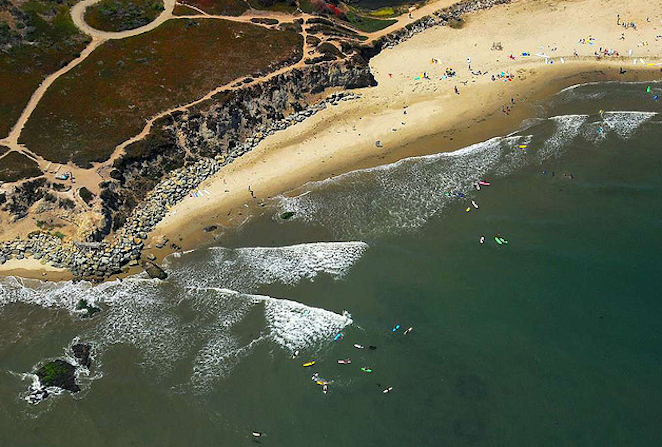 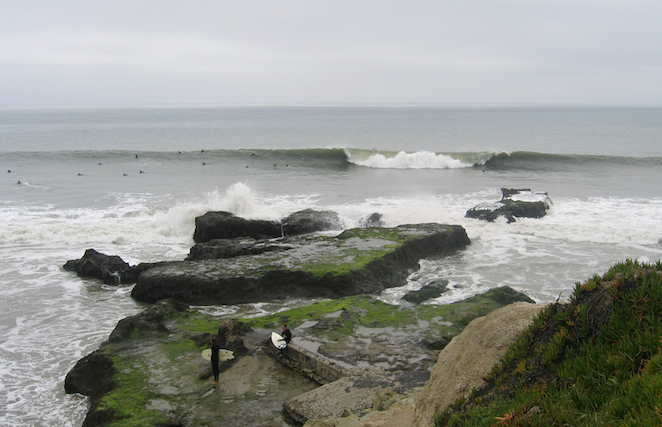 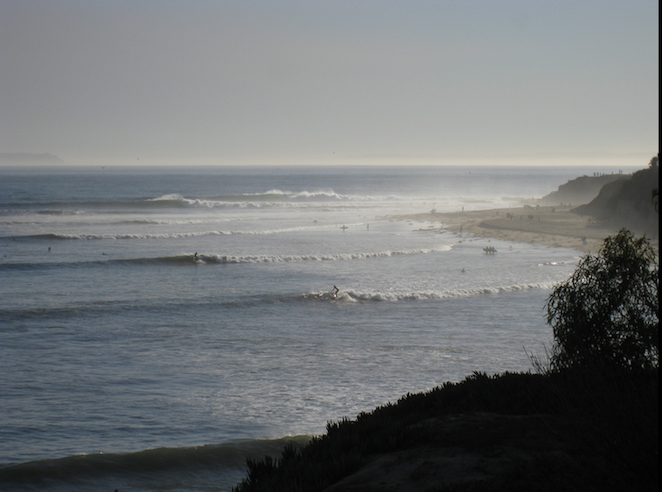 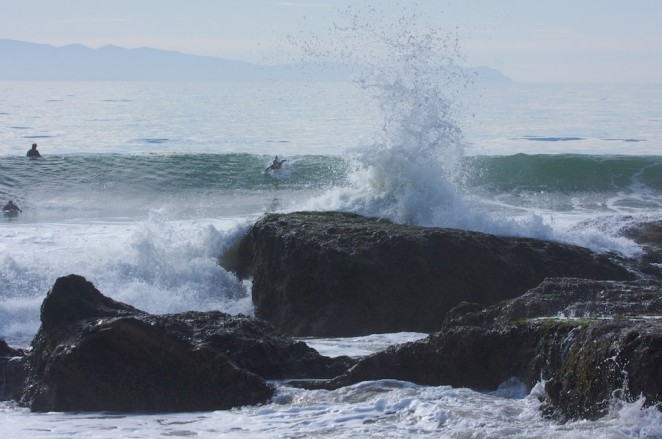