Rincon might just be the best wave in California… when it’s working.

The “Queen of the Coast” straddles the border of Santa Barbara and Ventura counties. Everything to the north and west of the Rincon Creek is in Santa Barbara, and everything east and south is in Ventura.  Although surfers from both counties will try and claim this wave as their own (and rightfully so), Rincon is traditionally considered a Santa Barbara wave.

Although Rincon isn’t as consistent as some of the breaks in south county Ventura, it does get its fair share of swell when compared to the point breaks that lie to the north in Santa Barbara.

Rincon defines the classic California point-break. A cobblestone rocks cover a crescent shaped bay, a creek mouth spreads sand perfectly along the bay after a winter rain, and an indicator refracts waves into the inside cove. It’s a beautiful thing.

Thanks to a Surfline camera, large parking lot and Highway 101 which runs right along the shore, Rincon is consistently the most crowded spot in Santa Barbara. Luckily, the crowd is interspersed at three distinctive take off spots: The Indicator, The River Mouth and The Cove.

The Indicator – The point picks up the most swell as it’s the most exposed, but that also means it is susceptible to wind and bumpy conditions.

During the summer and early fall, it’s possible for (although not likely) a south swell to sneak in past the Channel Islands and create a little left at the top of the point that breaks towards the sandy beach. Watch out for submerged rocks!

On bigger swells, a group of old-timers on long gun-like boards sit out back and take turns catching the sets. A good bet is to sit outside the crowd and catch the sets that inevitably swing wide and leave everyone else scrambling and duck-diving.

The indicator usually peters out in the deep water “channel” in front of the River Mouth. But on those rare, perfect days a wave starting at the indicator can connect all the way to the inside of the Cove.

The River Mouth – The wave here is generally shorter and mushier when compared to the Indicator. However–on a low tide and after a solid rain that causes the river to deposit silt and sand in across the cobblestone bottom–the River Mouth marks the beginning of a long and hallow reeler.

This spot can get VERY crowded, as most surfers paddle in to the lineup from the river mouth channel.

The Cove – On average days, the Cove produces knee-to-waist high waves perfect for a classic log. This tends to be the longboard hangout, but that all quickly changes during a big west swell.

A mast in the front yard of a house along the beach marks the beginning of the Cove. The cover will produce your longest and best ride on winter swells.

One or two times each winter, on a big west swell with the right period (under 16 seconds) all of three spots will connect and it’s possible to catch a leg-burning ride from the indicator to the emergency call box on Highway 101. And then you might as well get out of the water and go home, because life is complete.

The crowds at Rincon are already thick enough and can’t handle many more people. Please respect common surfing etiquette (but if you need to read that then you probably shouldn’t paddle out here).

Like most Santa Barbara surf spots, Rincon works best with a direct west swell. For northwest swells to work, the period needs to be under 15 seconds.

A swell’s energy increases in depth as the period increases, so NW Swells with periods over 15 seconds feel the bottom of an underwater sea shelf off of the Hollister Ranch and refract toward the Gaviota coast. 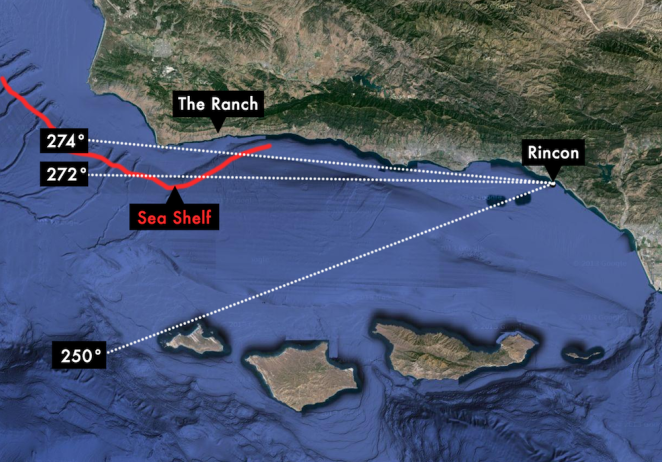 An ideal swell direction Rincon is between 250 and 272. They don’t happen that often. 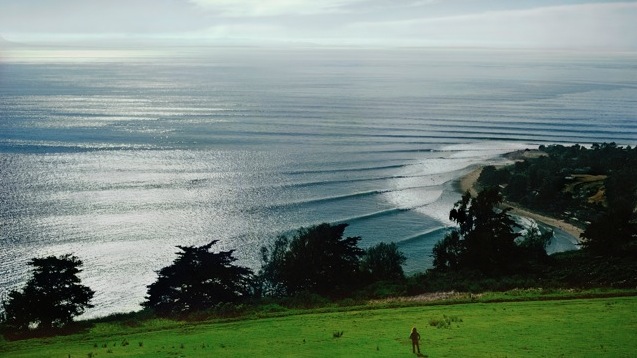 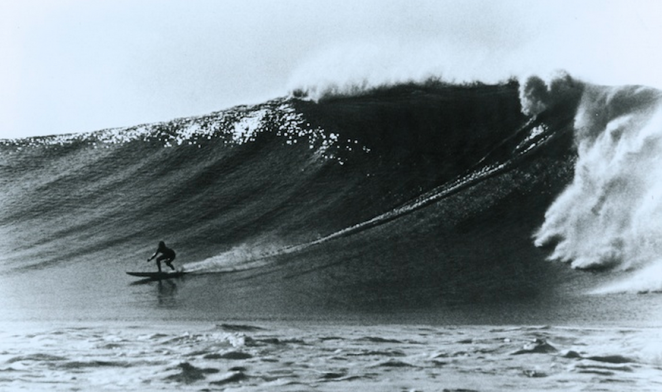 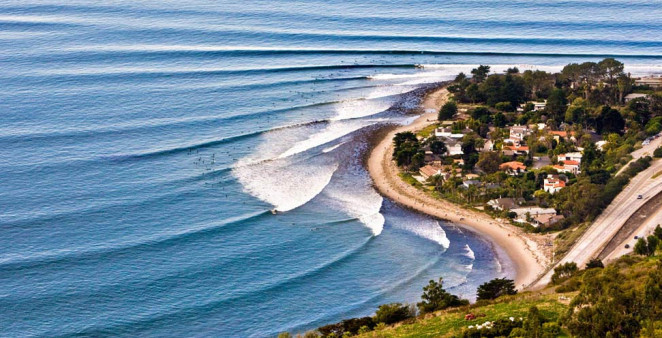 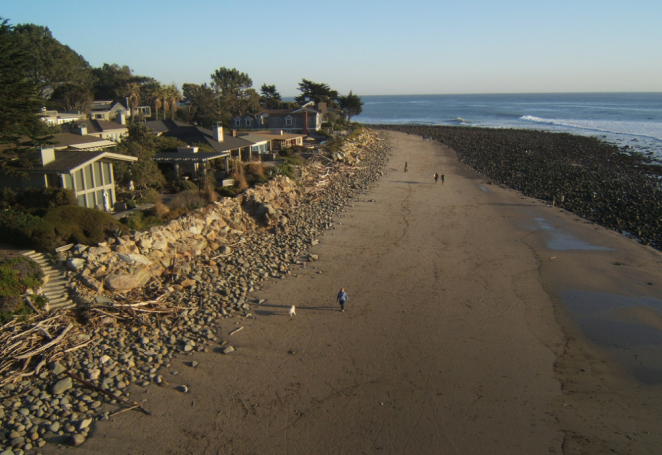 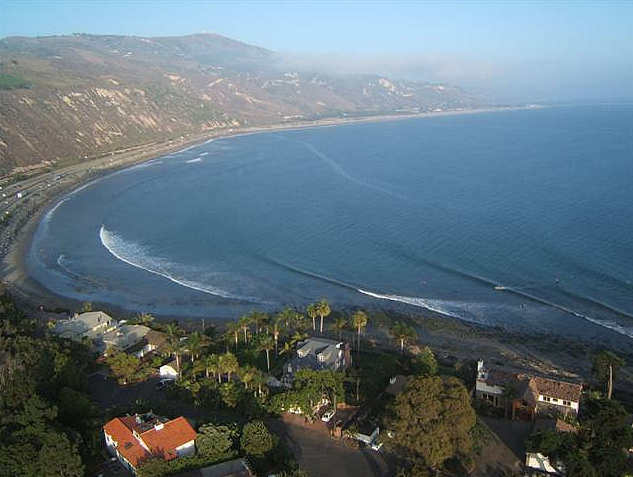 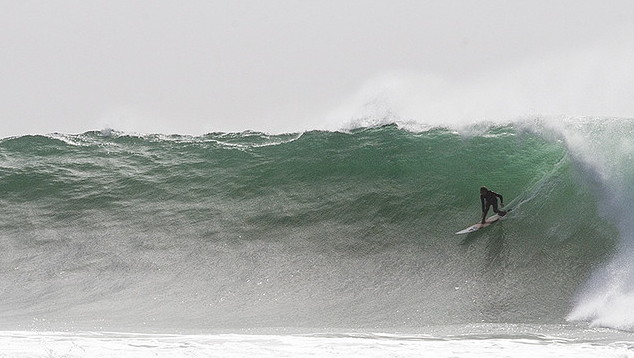 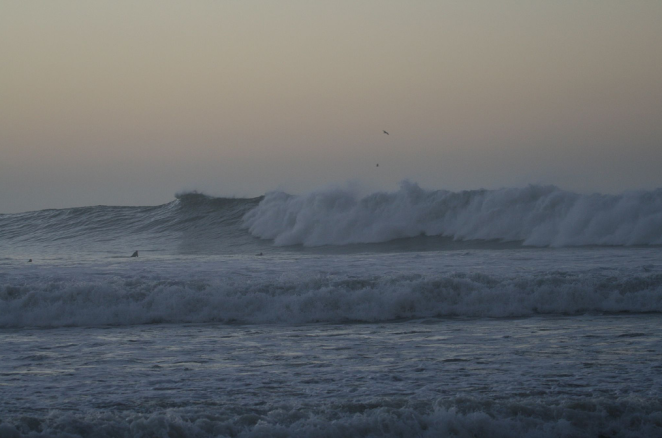