“The Pit” as it’s known to locals (or “Hendry’s Beach” as it’s known to everyone else) is located at the end of Las Positas, where the Arroyo Burro Creek meets the Pacific Ocean. Nestled between Hope Ranch and the Douglas Family Preserve, the Pit’s surrounding scenery is beautiful… the waves, not so beautiful. A large, free parking lot makes this surf spot a favorite with the after-work and after-school crowd.

The Pit can sometimes get fun, especially in the spring when short period wind swells are prevalent in the Santa Barbara channel.  But even then, the rides aren’t long.  The best place to paddle out is right in front of the creek  (be careful after a rain storm!)

Although The Pit wave is nothing special, there is a group of locals that call themselves the “pit crew” or “pit mafia.” If you’re a beginner, it’s best that you don’t surf here when the waves are working. The wave is a fast and dumpy beach break, so you’re probably better off watching the surfers while drinking a cocktail at the bar in The Boathouse.

Trivia: Nearby Elings Park was once the landfill for the city of Santa Barbara. 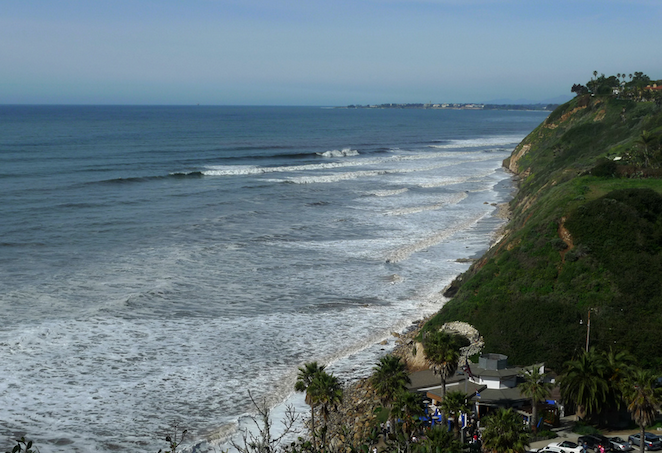