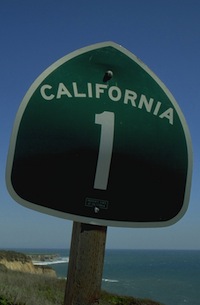 When most people think of surfing, they think of California, and vice versa. Trestles, Malibu, Rincon, the Surfing Hall of Fame,  The Beach Boys, Taylor Steele, The US Open of Surfing… these are all things that are uniquely Californian.

There isn’t a region on earth that has had more of an effect on the development of surfing culture than the coast that stretches between San Diego and Santa Cruz.

In fact, Southern California was the first place surfing spread to outside of Hawai’i. In early 1907, an enterprising railroad tycoon named Henry Huntington (also the namesake of Huntington Beach) hired Hawaiian surfer George Freeth to surf the waves of Redondo Beach in order to put the town on the map. Huntington’s plan worked, and people flocked from all over the sparsly populated southern California region to see a man “walk on water.” Surfing had hit the mainland. (Imagine, Rincon and Lowers were just just a couple hours away and completely empty.)

I thought this was a little strange, so I decided to dig a littler deeper. Could it be a number’s thing? Brazil has a bigger population and therefore more likely to produce quality surfers? Could it be that they’re just more athletic? More talented? More driven?

The “pro surfer to population” ratio.

To test the “bigger population = more chances of producing a pro surfer” theory I created the “pro surfers to population ratio.”  This ratio essentially shows how many pro surfers are from a region for every 1M (one million) people in that region.

Coastal Populations of each Region

68% of California’s population live near the coast (defined as people living in a county adjacent to the coast), or about 25.8M people.

The population of Hawai’i is 1.4M (all live near the coast).

Which region do you think produces the best surfers?  Leave your answer the comments section below.

This map shows where each ASP World Tour surfer was born.

[facebook_like_button] Caveats: Sample size of World Tour Surfers is Small. So even a single surfer changes the significantly affect the ratio (for example, if Hawai’i had one less pro surfer their ration would of dropped from 2 to 1.333). Also, of course not all people living near the ocean have an opportunity to surf because of socio-economic reasons. Finally, the term “near the coast” varies slightly by each region. In short, this isn’t science people!

Written By
Evan Thomas
More from Evan Thomas
In the year 2017 there is an over-saturated festival market. From Sasquatch...
Read More

9 replies on “The best surfing countries and regions?”