Every April during the Coachella weekends, hundreds of brands, promoters, musicians and PR agencies collaborate in an attempt to throw the best Coachella party. Over the course of the two weekends there are over 40 major events and parties dotted throughout the Coachella Valley cities of Palm Springs, Indio, La Quinta, Palm Desert, Thermal and Rancho Mirage

The Coachella Valley is massive; these communities are far apart from each other. Palm Springs, located in the north side of the valley, is 25 miles from Indio, where the Coachella Festival takes place, and it’s about a 40 minutes to drive… on a good day with no traffic. Now add an influx of visitors to the Valley during the festival weekends… lot’s of traffic and a shortage of Ubers and Lyfts. Suddenly the Palm Spring to Indio drive takes over an hour.

With such great distances to travel and so much time spent in the car, it’s really only possible to hit 1 or 2 pre-parties in the daytime, and 1 after party when Coachella ends around 1:00am each night. What does this mean? You must plan in advance and only go to the best parties… 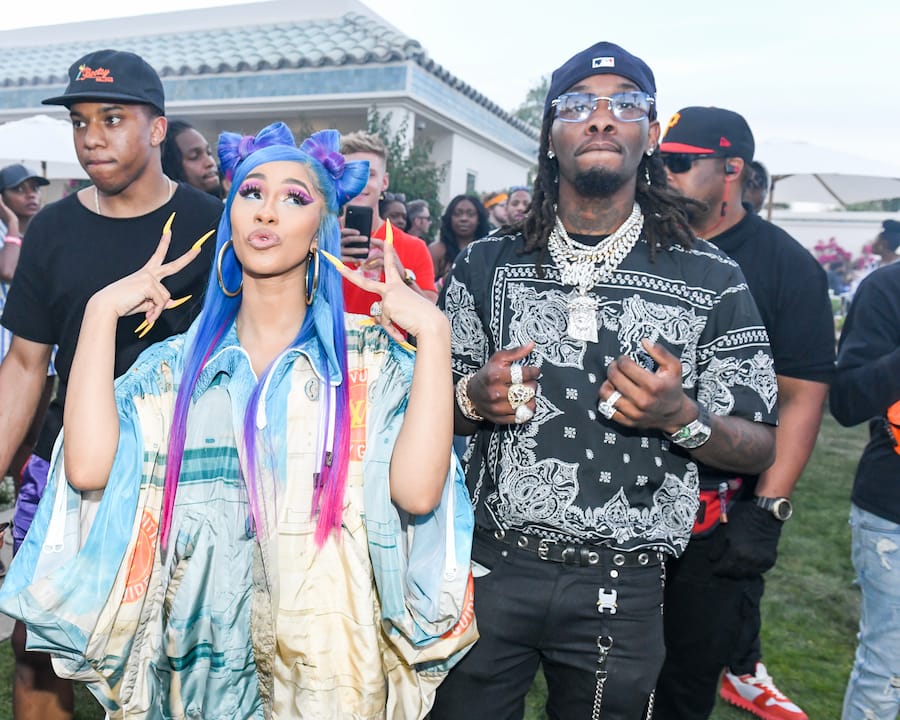 Best party to take a selfie with an influencer

Revolve Festival has grown organically over the years thanks to a talented lineup that consistently includes the biggest names in hip-hop (more on that later).

I’ve been to all 4 Revolve Festivals and this year they certainly raised the bar to a whole new level. The party takes place at the beautiful former estate of Merv Griffin and has built a reputation as being on of the most exclusive parties of the weekend. Perhaps it has become a little too exclusive? (I used to receive 4 wristbands for me and my friends but this year only got 2). Also, guests used to be able to mingle next to the celebrities, which made the party feel like a giant house party. In the last two years, the “VIP” section has been segregated from the rest of the guests, and this year’s elevated cabana section makes it feel a little bit like Vegas pool party. 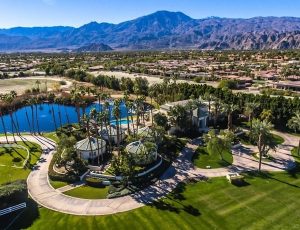 Despite all this, Revolve is still one of the best parties of the weekend, here’s why:
As already mentioned, the whole party takes place at a stunning estate with a private lake, pool and large grass field, where the stage is setup (the stage used to be directly adjacent to the pool). There are carnival rides and brand activations throughout the grounds. This year, E-news was there reporting live and interviewing celebrity guests.

The lineup of performing artists this year included Rae Sremmurd, Tyga, A Boogie Wit Da Hoodie, Rich the Kid, Saweetie and Saint jHN. Oh ya, and Cardi B stopped by the party and hopped onstage to perform a song with boyfriend Offset. Yes you read that right, this was the lineup for Revolve Festival, not Coachella Festival.

But that’s about where the similarities with a music festival end. At Revolve Festival, you’re not standing in a crowded dusty field with teenagers in rave gear. Rather, you’re partying (did I mention the open bar?) with the biggest influencers, athletes celebrities and artists in the world. If you were to glance up at the cabana section this year, you would have seen supermodels Kendall Jenner and Romee Strijd, Teyana Taylor, Quavo, Odell Beckham Jr., Quincy Brown, Justin Combs, Madison Pettis, Olivia Culpo, Danielle Bernstein, Aimee Song, Jenn Im, Camila Coelho, and more!

If all that wasn’t enough, Revolve Festival 2019 had an on-site pop-up shop curated by Cotton (as in The Fabric of Our Lives), complete with festival-inspired styles, a personalization station, and giveaways. There was, of course, a #REVOLVEbeauty experience and Revolve merch tent. Free sunglasses were handed out by Quay Australia, and lunch was provided by DoorDash.

Guests stayed hydrated by Heineken, La Croix, JAJA Tequila and PathWater (I must admit I missed the coconut drinks this year though!)

When it was time to head to Coachella, attendees could catch a ride with Lyft, the official rideshare sponsor.

I can’t imagine what next year will be like. 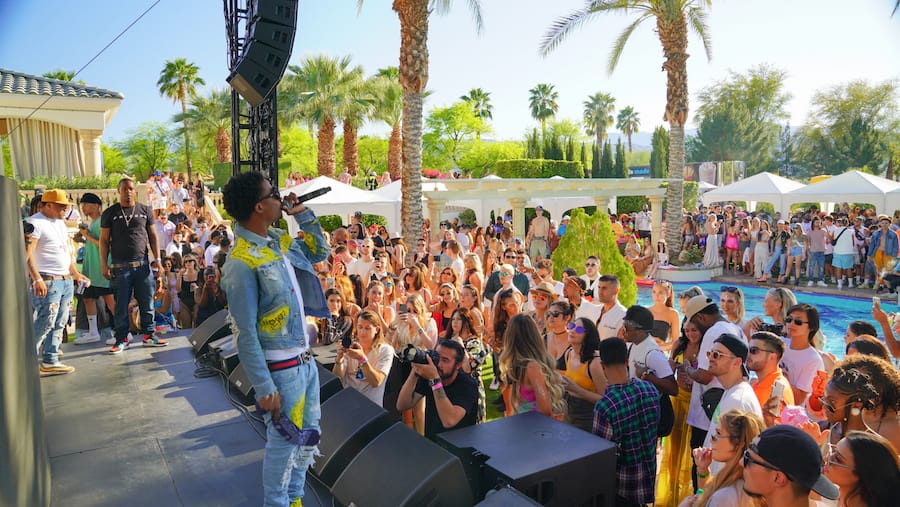 Bootsy Bellows in West Hollywood is a celebrity hotspot and their desert party is no different.

The Bootsy Bellows Estate is one of the most impressive homes in the Coachella Valley (second only to Zenyara, see below). The home is was built by MLB star Coco Crisp and was definitely designed to entertain, it puts the Playboy Mansion to shame.

After hitting the McDonald’s popup to enjoy Chicken McNuggets and McDonald’s World Famous Fries, all the stars hit the cabana-lined pool area to enjoy a set by Rich the Kid.

Before heading to Coachella, attendees grabbed exclusive swag including festival inspired vests and jackets from PacSun.

Bootsy is definitely the party to be at on Saturday! 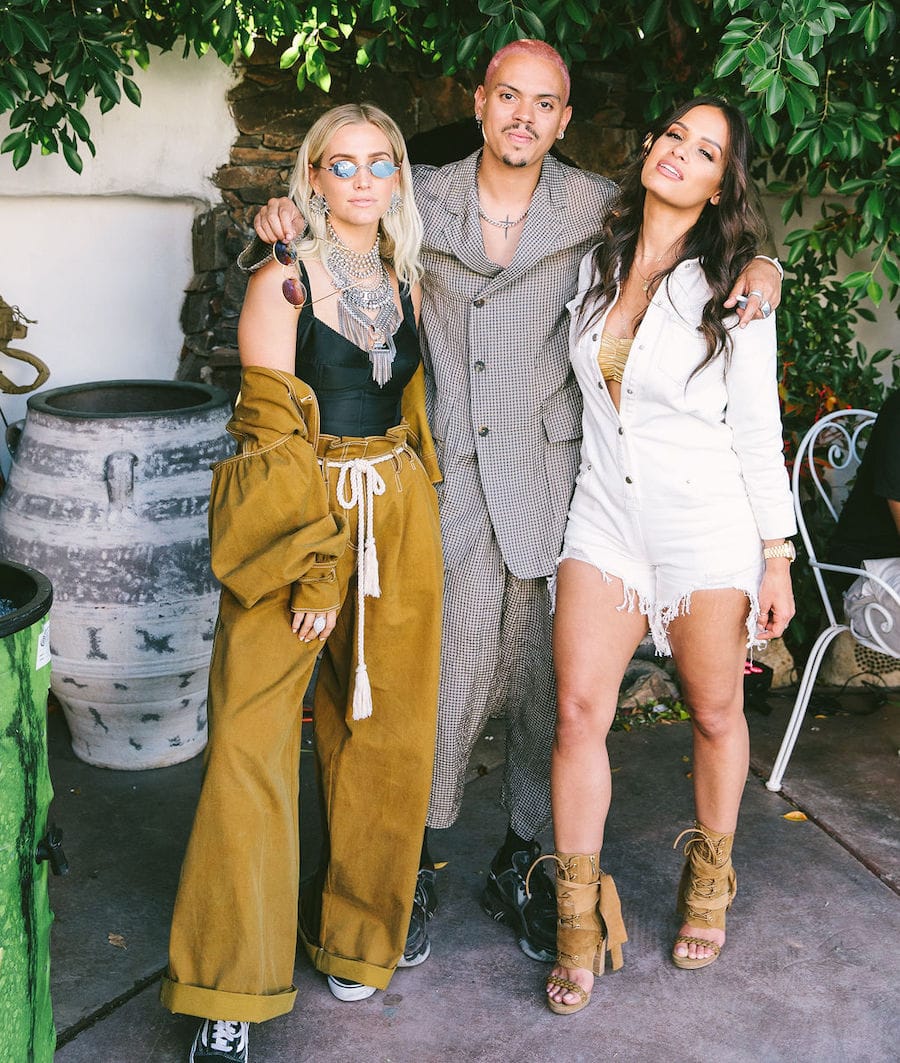 Lyt is the first and only mobile dispensary that offers a personalized cannabis concierge experience, delivering exclusive and prime products to your door. Lite is a new service and therefore I didn’t know what to expect at this party but I was pleasantly surprised!

Ashlee Simpson and Evan Ross socialized with VIPs and other celebs by the pool of the Korakia Pensione.

Cuba Gooding Jr. walked amongst the grounds with friends and mingled with fans even stopping for selfies.

Jasmine Sanders and Karrueche Tran danced around the pool with friends sporting their most fashionable festival looks.

I have a feeling Lyt’s 2020 event will be one of the most sought after events of the weekend.

Best After Party and Celebrity Spotting

Neon, Neon, Neon… THE after party to be at on Saturday, it’s the party the celebrities choose year after year.

Festival faithful, Paris Hilton and Alessandra Ambrosio were spotted at the Levi’s Brand Presents Neon Carnival with Bondi Sands and POKÉMON Detective Pikachu sharing a moment while joining the stage for their own dance party while DJ Ruckus spun his favorite tracks. The two showed off their dance moves while snapping selfies as on looking partygoers watched in awe.

adidas Originals united the best in sports and culture with adidas Sport Club, a modern day revival of Adi Dassler’s original Sport Hotel. The hub was the premier destination over the weekend congregating top athletes and creators in the spirit of collaboration and community elevation. Held at the mind-blowing Zenyara Estate, adidas Sports Club gathered athletes and talent to a BBQ & Basketball kick-off party hosted by Eddie Huang and Von Miller . Nick “Swaggy P” Young, A$AP Ferg, Candace Parker, Trae Young, and Liz Cambage participated in a wild Three-Point Shoot-Out while rap legend Pusha-T shut down the court with a surprise performance.

The following day, guests were treated to an exclusive day festival, You Had To Be There, curated by adidas and Irv Benitez and hosted by DJs, A-Trak and Diplo. 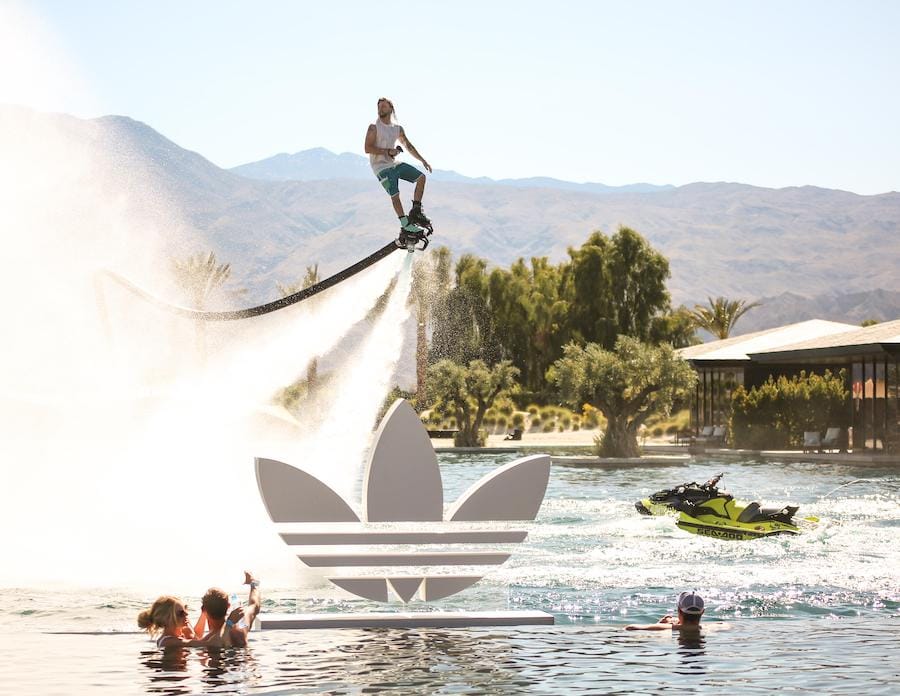 Tags from the story
coachella, parties