With a career about to settle into its second decade, the Scottish indie folk outfit Belle & Sebastian are the kind of band whose longevity seems almost inevitable — their “twee” but mature sound and image have remained unflappable as popular music tastes shifted around them. While other bands altered, they perfected, and I had the distinct pleasure of seeing their musicianship on full display on the second night of two shows in Downtown LA’s Ace Hotel.

Opening for the band was Kevin Drew, a member of fellow indie pop collective Broken Social Scene. Playing guitar and piano and accompanied on stage by only one other musician on stage, Drew sang his way through a powerful but short set, which included a cover of BSS’s “Lover’s Spit.” 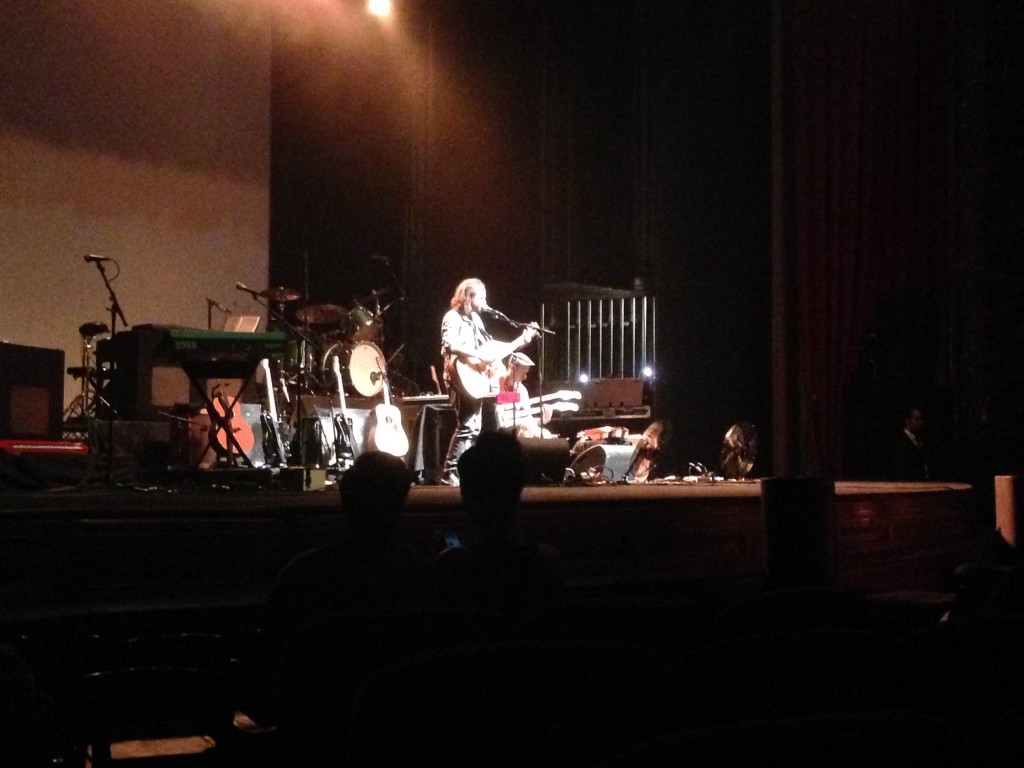 When the lights went down for a second time in the baroque splendor of the Theatre at the Ace Hotel, the entire Belle & Sebastian ensemble took the stage. Though the group has largely resisted the urge to assign a frontperson, Stuart Murdoch, whose film “God Help the Girl” has been screening across the world, took point in working the crowd, jokingly fielding requests and bantering with the other band members. 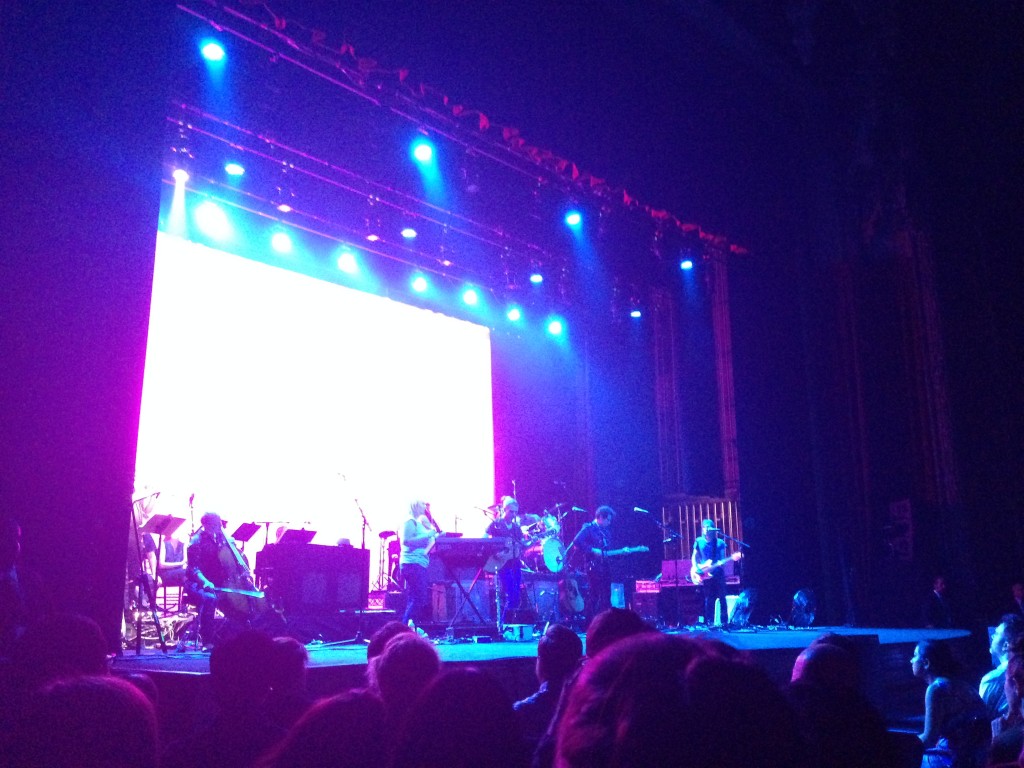 For two hours, the Theatre shimmered with the film imagery that served as a backdrop for parts of the band’s set, and positively thrummed with the their career-spanning performance. Older tunes like “The Stars of Track and Field,” “If She Wants Me,” and “The Wrong Girl” garnered whoops and whistles from the crowd, whose median age settled in the mid-3os, but the band ran through plenty of tunes from more recent releases, such as “To Be Myself Completely” (which singer Stevie Jackson revealed had almost been named “Bittersweet Hello”), ” A Century of Fakers,” and even “The Tricks In Your Head Are Alive” off of upcoming album “Girls in Peacetime Want to Dance.”

Though the Theatre is a seated venue, venue ushers found themselves swarmed by audience members who couldn’t keep themselves from getting down to the relentlessly peppy (if you keep the lyrics apart from the music) tunes, save for the melancholy ballad “The Fox in the Snow.” At one point during the show, Murdoch invited couples in the audience to come up onto the stage and dance, and they obliged, across all age groups.

Picture this: a young woman in schoolgirl Mod stylings chewing at the end of a pen, accompanied by a rakish young man with glasses and a faraway look in his eyes. This is the Belle & Sebastian aesthetic, plaid jumpers (in the across-the-pond sense) and punctuating brass. The band’s consistency in sound veers on parody, but escapes that trap with beautifully drawn slice-of-life stories and pop hooks that intrigue rather than seize a listener. And for all their careful, intimate recordings, when it comes time to take the stage, there is joy even in the heartbreak, sadness and ennui delivered with a smile, and your heart may grow heavy but your feet will dance.

Written By
Evan Thomas
More from Evan Thomas
The Yuma Tent–which hosts both rising stars and the biggest names in “underground”...
Read More