Coachella kicks off the festival season with a bang, and its lineup is generally a good indicator of what bands will be doing the festival circuit every summer.

As always, there is significant overlap in Bonnaroo and Coachella’s lineup. Here are my favorite sets from Coachella 2014 that I recommend catching at Bonnaroo. 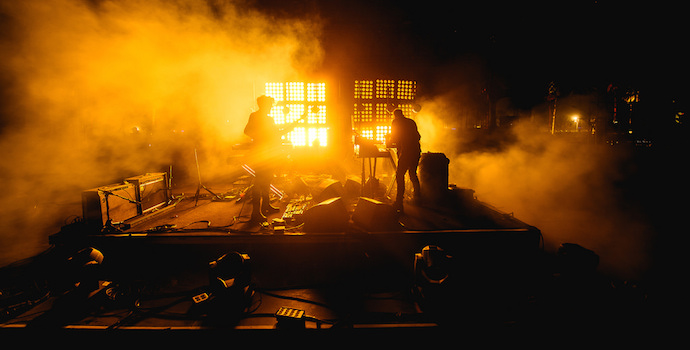 DARKSIDE’s Saturday night set in the Gobi Tent at Coachella was my favorite show of the entire weekend. Nico Jaar and Dave Harrington had the entire tent dancing, swaying and nodding to a genre they invented with their 2013 album Psychic. For the sake of simplicity, let’s just call it a mix between deep house, psychedelic rock and experimental electronic.

There was only one, maybe two, interludes between the songs in their set, which included “Heart” and “Paper Trails”, so it felt like a continuos DJ set.

DARKSIDE plays at 2:30 on Saturday night in the “That Tent” against Kaskade. This is an easy choice… 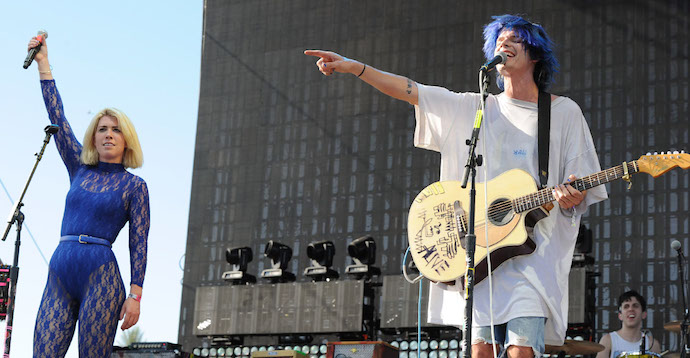 This was my first time seeing GROUPLOVE, despite them playing Coachella in 2012. To be honest, I didn’t know too much about them before Coachella, but a friend brought me to their set at the Main Stage and all that changed once I saw them live!

I was delightfully surprised to see GROUPLOVE put on a grungy type rock show, very Nirvana-esque. Their newest album Spreading Rumours is now playing on repeat on my Spotify.

During OutKast’s set later that evening, I saw Christian and Hannah (pictured above) walking through the crowd hand-in-hand. I told them they played an awesome set, and they hung out for a few of OutKast’s songs before disappearing into the crowd again. They were very humble, just another reason to love the band!

GROUPLOVE plays in “That Tent” at 5:00 on Saturday, don’t miss them! 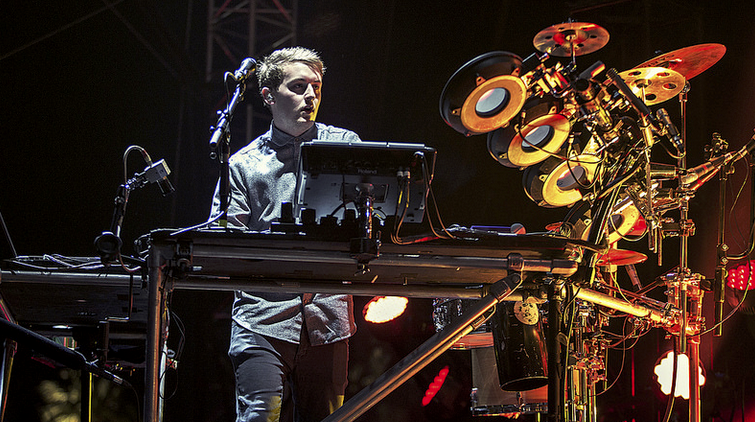 Disclosure enjoyed a massive rise in popularity over the last year, no wonder they played Coachella back to back, both 2013 and 2014! The DJing duo from England drew one of the largest crowds of the weekend as they closed the Outdoor Stage on the final night. Is it possible we’ll see them again in 2015 on the Main Stage?

I managed to catch the majority of their set, before I had to leave just after “What’s in Your Head” to catch Arcade Fire on the Main Stage. They opened with hits “When a Fire Starts to Burn” and “You & Me.” For “F for You”, they brought out Mary J. Blige, before closing with “Latch” and a Sam Smith appearance.

Disclosure plays in “The Other Tent” at midnight on Friday night, against Ice Cube. 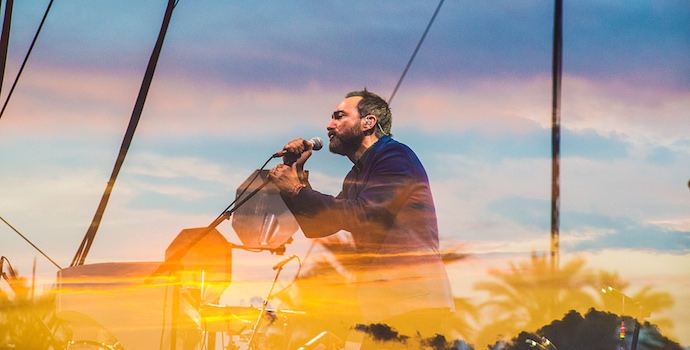 Promoting their second studio album After the Disco, and playing their first Coachella gig, Broken Bells rocked the Outdoor Stage with hits like “The Ghost Inside”, “Mall and Misery”, “High Road” and “Holding on for Life.”

This is a very professional band, and everything about their set was spot-on. Sound, lights, visuals, mood, fog machine etc.

James Mercer (who is also the lead singer of The Shins) sounds amazing live, I almost mistook the perfect sound for lip-synching.

Broken Bells play the “Which Stage” on Sunday at 6:15, against City & Colour and Washed Out (another two bands that also played Coachella).

Little Dragon is no stranger to Coachella nor Bonnaroo, and most recently was at the farm in 2012. Their stage props and visuals are very minimal, the  electrifying voice of Yukimi Nagano is what people come to see… or, hear.

Little Dragon is playing in “The Other Tent” at 7:30 on Sunday evening. 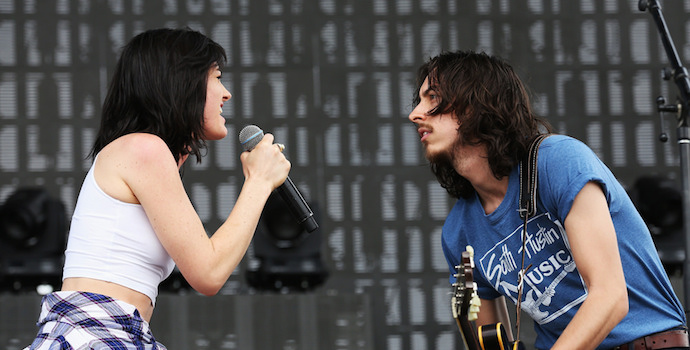 This Alt Rock band from Australia is new on the scene, and thus playing many of their first festival shows. The Preatures’ hit song “Is This How You Feel?” got everyone dancing, and was possibly the best “feel good song” of the festival this year.

Expect to see big things from this band in the future!

The Preatures play on Thursday at 3:00 in “That Tent.”

Classixx is a Los Angeles based nu-disco duo, so I’ve seen them play a few times around LA. But this was by far my favorite show of theirs.

They brought out Yacht for their cover of “Physic City” and Isabella Manfredi of The Preatures for their rendition of “Is This How You Feel?”

The crowd was having a great time, the tunes were very groovy, perfect for Coachella and The Farm. I’ll let the video do the talking.

Did you go to Coachella? Who did you see? Leave your comments below.