These bands may be in small print on the poster, but they’re making a big splash in the music scene.

Coachella is known for it’s superstar headliners and this year’s lineup featuring OutKast, MUSE and Arcade Fire is no exception. These acts draw thousands of fans from all across Southern California to the Empire Polo Fields. Coachella’s undercard acts are also major stars in their respective genres.

But one of the greatest  Coachella experiences is hearing up-and-coming artists. Goldenvoice does an incredible job identifying the next big music hit long before they enter the mainstream.

In 2004, a relatively unknown MUSE played an afternoon slot, six years later they were a headlining performance. Arcade Fire has a similar story, first playing Coachella in 2005.

So brave the mid-day heat and head to the festival early to see some of the acts listed below, at the very least you’ll discover some amazing new bands, or you might be one of the first people to listen to a future Coachella headliner. 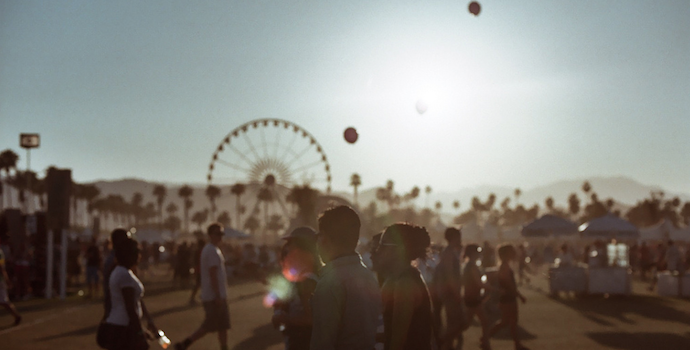 The Gist: If their distorted guitar and heavy drums weren’t psychedelic enough, this experimental group from Sweden plays their shows wearing voodoo masks and trippy garb. Be sure to tune in and drop out with GOAT, we’re hoping they get a spot on the Outdoor stage!

Sounds Like: The singer of Sleepy Sun teamed up for a garage session with Tame Impala, and they decided to borrow costumes from The Knife.

The Gist: Taking their name from an Iggy Pop song, the Dum Dum Girls were formed in 2008 by guitarist/vocalist Kirstin Gundred. Their vocal-centric, lo-pop music is perfectly suited for an early afternoon on the palm-tree lined Polo Fields at Coachella.

Sounds Like: A 21st century folk version of The Velvet Underground… is that possible?

The Gist: Do The Preatures sound familiar? You might recognize lead singer Isabella Manfredi’s voice from a recent collab with Flume. One thing is clear, this Sydney-based band is heading to Coachella and is sure to spread positive vibes. “Is This How You Feel” might just be the feel-good Coachella anthem of 2014.

Sounds Like: Feist is the lead singer of a slightly more upbeat Fleetwood Mac 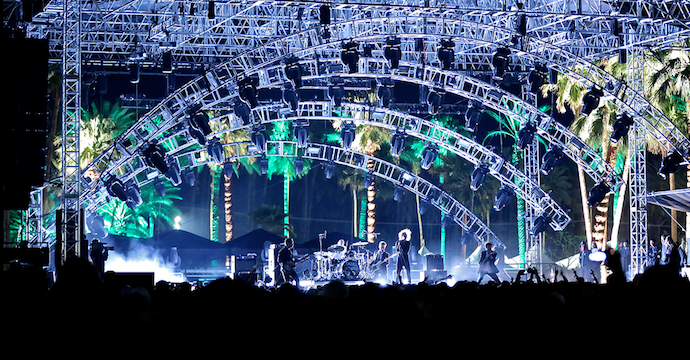 The Gist: Future Islands, like so many great bands before it, was formed by a group of university art students that ultimately decided music was their creative calling. Coming to Coachella from North Carolina via Baltimore , Future Islands will get Coachella dancing with their synth melodies. They’ve come a long way since their debut album Wave Like Home, and they’re heading in the right direction.

Sounds Like: Gardens & Villa or Wu Lyf with huskier vocals

Sounds Like: The Stooges, Wavves and The Black Lips circa 2005

The Gist: Recent Brown University graduates Nicolas Jaar and Dave Harrington have traveled through space and time, and back, to bring you one of the best albums of 2013: Psychic. You may already be familiar with Nico Jaar’s deep house sounds, and he brings the same level of creativity to the DARKSIDE project. Thumping bass kicks, intimate vocals and grooving guitar riffs are going to resonate with the one lucky Coachella audience.

Similar Coachella ’14 Artists: Shlohmo. And various other noises to be found in the Yuma Tent.

The Gist: This 4-piece indie rock group hails from London and is currently traveling the world to promote their 4th album So Long, See You Tomorrow, which took the #1 spot on the British charts in early February.

Sounds Like: The British version of Vampire Weekend, with a little Foals and Two Door Cinema Club mixed in.

The Gist: Listen to one of Foxygen’s freewheeling tunes and you’d swear the flower-in-the-hair-wearing-band spawned from Haight Street in 1968, not the upscale LA suburb of Westlake Village in the early 2000s. The title of their second and most recent album, “We Are the 21st Century Ambassadors of Peace & Magic” should give you an idea of their vibe. Aside from their amazing nostalgic rock n’ roll sounds, Foxygen lead singer Sam France is known for his on-stage antics during live shows… don’t miss this set.

Sounds Like: Girls + The Doors + The Growlers + Early MGMT (think “The Youth” and “The Handshake” from “Oracular Spectacular”). Yep

The Gist: Like GOAT, Graveyard is a guitar-heavy rock band hailing from Sweden. Members Joakim Nilsson, Rikard Edlund, Axel Sjöberg and Jonatan Ramm have mastered the hard rock sound and look. We’re excited to see what they bring to the Polo Fields.

Genre: Hip-hop/neo-soul/OFWGKTA (yes they have their own genre)

The Gist: The Internet is is comprised of Syd the Kyd and Matt Martians, both are members/producers of the LA hip-hop collective OFWGKTA.

Sounds Like: A less refined, but equally talented female version of Frank Ocean.

The Gist: Dev Hynes, the stylish Brit also known as Blood Orange, originally caught our attention with Sutphin Boulevard (listen to that guitar!) from his 2011 album Coastal Grooves and we’ve been hooked ever since. In his sophomore album Cupid Deluxe the talented 27 year-old showcases the skills he developed in his former bands (Test Icicles and Lightspeed Champion) by singing, playing the drums, bass, guitar and keyboard, among other instruments. To get an idea of Dev’s live show, check out this review of his show by our friend Kai Flanders.

The Gist: Despite their growing fan-base, this “music & art project” out of LA likes to keep things pretty hush-hush. All we know is that the “project” is headed up by a Dutchman named Nick. Listen to a couple of their smooth R&B-like songs and work up some excitement for Young & Sick to lift the veil and reveal their secrets at Coachella. 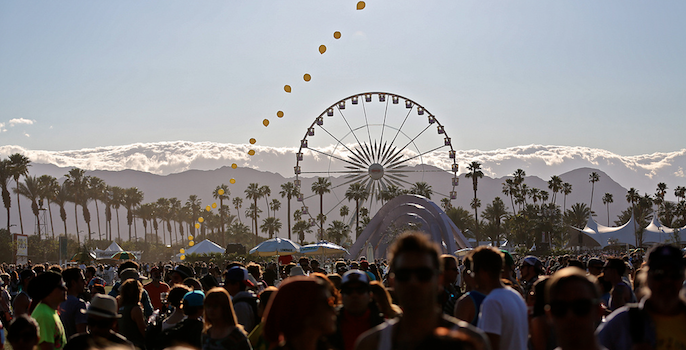 The Gist: The name says it all, Poolside has a discernible sound that could only come from a group based in Southern California. The duo was born when friends/producers Filip Nikolic and Jeffrey Paradise started making beats in a converted-pool-house-turned-recording-studio.

The Gist: No Coachella lineup would be complete without an indie-folk sensation. Last year it was The Lumineers, the year before that, Bon Iver. James Vincent McMorrow will continue the trend this year with his smooth harmonies over a soft piano. This will sound and feel great during an early slot under the scorching Coachella sun.

Sounds Like: An Irish Bon Iver or a more vocal-heavy Mumford & Sons/The Lumineers

Similar Coachella ’14 Artists: The Head and The Heart

The Gist: A product of the blogosphere, RATKING sprang out of Harlem in 2012 with their debut album Wiki93. The trio (Wiki, MC Hak, and Sporting Life) connects with fans through nihilistic verses over hard drums. Their fast rap brings mischief to mind: trouble and harmless crime in New York, sort of like the Wackness.

Sounds Like: A more hard-hitting version of Joey Bada$$ or the East Coast version of OFWGKTA

The Gist: This rock band from Tennessee has a large and dedicated following that comes to see their uniquely Americana-style music which is emphasized by their guitar solos. We can’t wait to check them out!

The Gist: Henry Laufer a.k.a. Shlohmo is a beat-making prodigy, he’s been make head-nodding tracks since his early teens. Early on, this LA-based producer was influenced by FlyLo and the Low End Theory crew, and it’s apparent in his songs. Looping, falsetto vocals over crisp drum machine whaps are somehow reminiscent of Nico Jaar, but not in a deep-house sort of way. We’re excited to see this 20-something do his thing in the Mojave or Yuma Tent, and we’re hoping for Nosaj Thing-type visuals!

Sounds Like: What you would get if you threw Nosaj Thing, TOKiMONSTA, Flying Lotus, Boards of Canada, Amon Tobin and Four Tet into a blender.

Be sure to subscribe to our Coachella Spotify Playlist. If you want more ways to discover artists at Coachella, check out the music festival song tumbler.