Jessie Ware’s sophomore album “Tough Love” dropped on Tuesday, and on first listen, it seems like a natural extension of her critically-acclaimed debut “Devotion.” There are the requisite bottom-heavy bass booms and spaced out productions, but the songs are more straightforward and, as a whole, brighter — though the light curdles when they’re delivered by airy vocals that burn at the edges.

As part of her tiny “Tough Love” promo tour (she’s playing like, 5 shows in North America this year?), Ware delivered an upbeat hour-long showcase in Downtown LA’s Tower Theater, one of a slew of refurbished historic theaters-turned-venues in the area. Concert-goers were selected by a “bloody lottery system” (Ware’s Brit slang in action), but for those lucky fans who packed the completely filled venue, it was well worth the trouble.

Though she dubbed the show an “album listening party,” Ware did spotlight some of “Devotion’s” hits, even opening with a rockier arrangement of “Running” and slotting “Wildest Moments” as her penultimate performance. But it was clearly album #2 in the spotlight, as she bantered with her in-song lovers through tunes like “Keep On Lying,” a de-falsettoed “Tough Love,” and the rollicking, winking “Kind Of…Sometimes…Maybe.” Highlights of the set included “Devotion” co-writer Dave Okumu taking the stage to play with the band for three tracks, starting with “Sweetest Song,” and Ware leading the crowd through a part schmaltzy, part “Mr. President”-breathy rendition of Happy Birthday for her drummer. 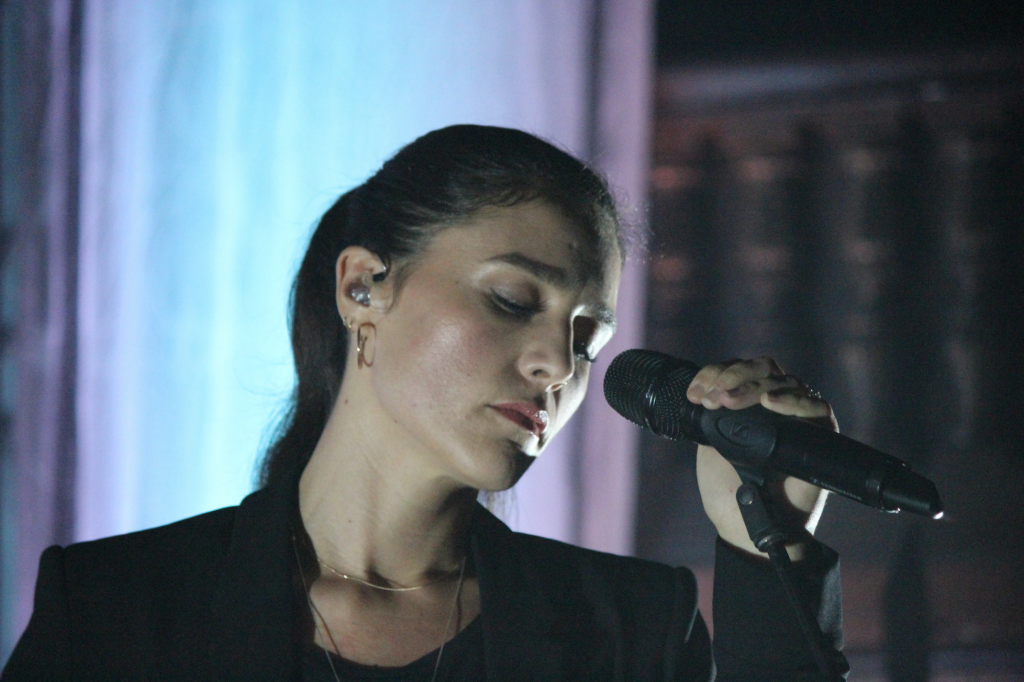 Ware recently married her real-life lover Sam Burrows and in the show she revealed that she wrote “You & I (Forever)” to him, as he was taking a while “putting a ring on it.” And though she’s adding more loving love-centric songs to her repertoire, lovelorn sonic pop is still clearly her specialty, the way morbid pouty-lipped fantasy is Lana Del Rey’s or aurally shrugging brag rap is Drake’s.

This is clearest in “Tough Love’s” breakout hit “Say You Love Me,” which pulls no punches from its opening line and soars in a melancholic arc into its denouement. The recorded track’s children’s choir was swapped out for the crowd’s roar, and Ware was on the verge of tears when she gave a huge grin, tightly bowed, and disappeared backstage.