This past week, Lollapalooza released its tickets (and subsequently sold them out in record time), followed by a lineup release that has polarized fans of the festival. At first glance, the slate for the festival looks very weak (after looking at the recent iterations of the festival, it’s hard to believe that Lollapalooza began as a rock festival).

Maybe we’ve been spoiled by past years of the festival which have brought together incredible artists, especially in 2013. However, dig deeper and you can find some gems.

Now that the announcement has had time to settle in, let’s take a look at the highlights and the lowlights of the 2014 Lollapalooza lineup. 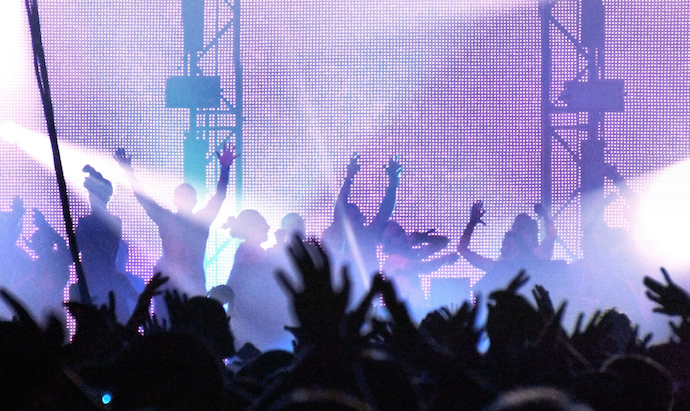 Sure, Outkast is playing 40 festivals this year, but the artists C3 booked to complement the Atlanta legends are pretty spectacular. Run the Jewels (El-P and Killer Mike), Azealia Banks, Nas performing Illmatic, and hometown hip-hop heroes Vic Mensa and Chance the Rapper, the latter of which made headlines last year by overfilling the BMI stage.

Lolla has never had too strong of a hip-hop presence, but this slew of artists can contend with Pitchfork’s selection (Kendrick Lamar, Danny Brown, Schoolboy Q) and is a new and welcome addition to Lolla.

Electronic (But not EDM)

I’m no expert on EDM, so it would be unfair for me to criticize the EDM artists that will be at the festival this year. (I can, however, say that I think there is way too much in comparison to previous years and other genres.) But, DARKSIDE (arguably EDM), Cut/Copy, Chromeo, and Chvrches really represent a solid dose of electronic that are pretty fun to watch live and have crossover appeal to fans of pop and rock.

Even Broken Bells and Blood Orange who may be better classified in other genres (rock and R&B, respectively) have electronic elements that can make for fun shows.

The rock that exists on the lineup

To give C3 and Lolla some credit, they do have a few pretty great rock acts this year, just not as obvious and not as many as in past years of Lolla. The Arctic Monkeys, Foster the People, Spoon, Lykke Li, Cage the Elephant, and Grouplove highlight the bigger names on the bill, but then a pretty big gap is evident after these names. (More on missed opportunities later.)

Most of the good rock and pop is down further on the bill, with artists like J. Roddy Walston and the Business, Jenny Lewis, Phosphorescent, Warpaint, Jagwar Ma, Parquet Courts, The So So Glos, Wildcat! Wildcat!, Royal Blood, and more yet to be discovered.

Five of the six headliners have played the festival in the last five years, while almost the entire undercard has played very recently as well. There are plenty of other artists touring that would be new to the festival. But to be fair, once you’ve been to Lolla for a few years, you’ll always run into repeats. This year actually isn’t as bad for repeats as people are making it out to be.

I think people are just not happy with which repeats Lolla chose to book for this year. In my opinion, the newcomers are all solid (Avett Brothers, Broken Bells, Outkast, Chvrches) and there are plenty of names at the bottom of the lineup that should make for surprisingly fun early afternoons. The late hours will just seem like bad deja vu for everyone.

There is a real lack of mid- to high-level acts in this line-up. Alabama Shakes were cancelled due to Stormpocalypse 2012 and are releasing a new album in the near future. Nick Cave and the Bad Seeds are playing every other festival, including Osheaga the same weekend as Lolla which tends to feed artists to Lolla because of its close proximity to Chicago. Modest Mouse and The Replacements are also at Osheaga.

A few artists going solo for a little while are also making festival rounds, but skipping Chicago: Neko Case, Damon Albarn, and Julian Casablancas. Psychedelic rock acts The Flaming Lips (who haven’t played in a while) and The War on Drugs both would have been perfect for the cruel August heat. Cults, Wye Oak, Sleigh Bells, The Dismemberment Plan, and the very recently popular Future Islands are also great bands that Lolla somehow missed this year. Even Chicago natives Cave and Radar Eyes and psychedelic rock band Wooden Shjips could have been cool, smaller side-stage bands.

It’s very easy to see how weak the middle and top of the lineup is when a smaller and lesser-known bands like The 1975 and J Roddy Walston and the Business (both of whom I love, by the way) are featured names on the top half of the bill. Too many obvious choices that Lolla just swung and missed at this year. That’s what happens when you’re so set on having Lorde as the seventh name on your festival bill.

Year after year, the festival organizers seem to throw common sense out the window and create more conflicts than there needs to be. This year, the Avett Brothers seem to be the only real folk act on their day while fellow folk-rock bands The Head and the Heart, London Grammar, John Butler Trio, and Phosphorescent strewn across the other two days of the festival. (The Volcano Choir would have made for another addition to a wonderful selection of folk acts.)

The rap all throughout Sunday could also have been more generously divided between the other days of the festival, especially to give Eminem some kind of genre foundation on Friday. 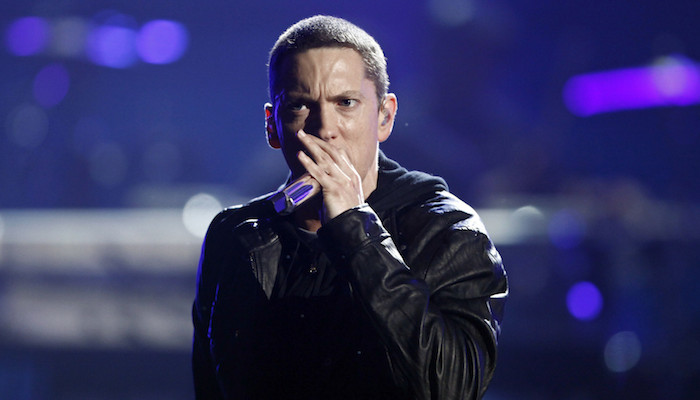 What happened this year? I never thought I would ever be forced to choose between Kings of Leon and Skrillex at Lollapalooza. The expensive Eminem may have played a part in the slim pickings for headliners (and lack of a strong undercard, but was he necessary?) He played a few years ago (along with Arctic Monkeys) – speaking of repeats, a Tool headlining repeat of 2009 or The Black Keys making another appearance would have been better received.

Calvin Harris as a headliner might signal a change at Lolla, to make a main stage the EDM stage (a new Perry’s), while making the old Perry’s grounds a Rock stage instead of the crowded Grove. Regardless, not many options this year.

Pearl Jam, Metallica, and even The Smashing Pumpkins were heavily rumored, especially since they have suspicious breaks in their touring schedules. Even Arcade Fire was looking good, until they revealed they were playing the United Center around the same time, violating the infamous Lolla radius clause.

Pop acts Pharrell and Justin Timberlake could have been fun pop headliners. The Pixies laid down a legendary set at Lolla in 2005, while Kanye West could have returned home for a legendary 2014 headlining set. Lolla could have been the first to host Daft Punk behind Random Access Memories!

Lolla has prided itself on legacy acts, or older bands that either played the festival in the early years of its existence or are just more appealing to the older demographic at the festival. Last year had Nine Inch Nails, The Cure, and New Order, 2012 had Black Sabbath, Red Hot Chili Peppers, and At the Drive-In, 2011 had Foo Fighters, My Morning Jacket, The Cars, and Big Audio Dynamite, and 2014 has… nobody.

The idea behind the love for legacy acts is that they’re unique gets that can’t be found at any other festivals (or too many other festivals). This year, that artist is Eminem. Legacy acts are a staple of Lolla and that part of the lineup is noticeably missing this year.

I wasn’t able to get on the Lolla site to buy tickets last week because I was abroad and the time difference didn’t work out for me, but several friends noted how ridiculous buying tickets was this year, from the long waiting time to the strange choice for limits to ticket-buying.

I was told that the website was not working for the first few minutes of the sale, with misleading links and ticket lines. This was followed by the option to buy up to 10 3-day passes at once, and the next day, different limits between 1 ticket for Saturday’s single-day and up to 8 or so for the other two days. (Lollapalooza tickets are still available on SeatGeek).

As of this moment, almost 3,000 out of 100,000 reported 3-day passes sold are now available on StubHub, while nearly 2,000 tickets are available for each day of the festival. Something has to be done to control the massive crowds that are now making their way out to Chicago in the blooming popularity of Lollapalooza.

This is surely just an off-year for a festival that has been solid for at least a decade straight. If you’re really set on coming to Chicago for a music festival this summer, consider Pitchfork or Riot Fest.

Written By
Evan Thomas
More from Evan Thomas
—This article was contributed by Sean Panganiban. You can reach him at Seanpangs10[at]gmail.com —...
Read More