Contributor Hayley Eyer discusses why Coachella is worth the every penny. 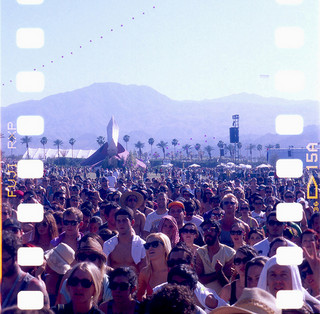 As a college student, money runs tight.  Whatever money you do have typically goes towards utilities, Dominos, and the occasional pitcher with your friends. So you may wonder why anyone would be willing to drop $400 on a three-day ticket to Coachella, a music festival located in the California Desert.

Last year, my thoughts ran along a similar tangent, but not wanting to spend another year listening to people talk about a sick bass drop or the Coachella set that made them cry, I decided to invest in a ticket.

I was curious to find out: what is it about Coachella that lures 20-somethings to the monetary rocks just as the Sirens of Homer lured sailors to their own nautical destruction?

You Get to Hear Your Favorite Bands, Live

With headliners like Muse, Arcade Fire, and the reunited Outkast, any appreciator of critically acclaimed music would be tempted. Tell me you aren’t fantasizing about shimmying amongst thousands of rapt enthusiasts to the bippity beat of “Hey Ya,” just like it’s the 8th grade all over again?

Besides Coachella’s excellent collection of big name artists, you’ll find a wide array of other talented musicians hailing from virtually every genre: There is rap, provided by the likes of Childish Gambino (aka Donald Glover), an artist whose wit has been featured on shows like 30 Rock and Community. Or maybe Aloe Blacc, the powerful voice behind the Aviici hit, “Wake Me Up.”

And for all those EDM fans, don’t worry, there’s plenty for you: This year Coachella will feature EDM artists such as Martin Garrix, Carnage, and Dillon Francis. The lightshows work splendidly in the cavernous white tents and you’ll be crushed against your peers in your mob-like enthusiasm. It’s thrilling.

Indeed, there’s something for everyone at Coachella, from dreamy goth-rock Brian Ferry, to poppy Foster the People to the blistering rock of Motorhead.

When I participated last year, I confessed unfamiliarity with many of the artists then, and in the coming festival.  Sure, I knew a few, but I couldn’t claim to be a true fan, and this is one of the great things about Coachella; it is a voyage of discovery.

Honestly, while I have not the slightest idea what sort of music is produced by bands like Young and Sick, The Magician (what hubris!), Superchunk (is this a weight or peanut butter preference reference?) Schlomo (will he be rockin’ the Hebrew?) or the two imperious looking members of The Knife – none – no idea what they’re like – but, dammit, the names alone lure me in.

Actually, my methodology last year was to simply cling to my friend and let her drag me wherever she pleased.  It was nice, and it turns out that having a guide who has a plan is a perfectly viable technique.   For me, there was no pressure or disappointment if I missed a band (her responsibility, not mine) and what with the quality of musicians, I was never disappointed.

I should say, however, that this year, I’m a much more educated consumer and I plan on having a more organized plan.  I am going to see X, Y and Z, but I also plan on leaving the interim periods unstructured, so that I can set sail on my aforementioned voyage of discovery.

You Get to Live the Music Festival Experience

Coachella inevitably boasts a  delicious line-up of artists sure to appeal to the most discerning or esoteric of tastes. It’s bigger than that, though. It is equally the vaunted experience of the modern music festival which lures us, as though Woodstock is somehow genetically imprinted upon us.

Perhaps it is that today’s multi-day musical festival is redolent of the same sort of adventure and spirit of our parent’s Woodstock (though hopefully less rainy, dirty and unorganized, with nightmare parking – but I digress). For me, and for many others, the experience is just as important as the musical cavalcade.

You Don’t Need to Stick to a “Plan” 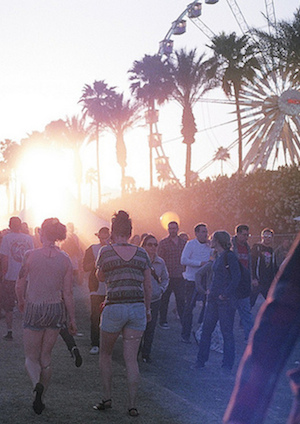 What’s does Coachella feel like?   The first day we got there was utterly overwhelming, running from tent to stage, attempting to wade through the throng of people was like swimming upstream, salmon-like, while bears and fishermen got in the way of realizing your life’s intention.   It was unbelievable just how many young people were present.  To a certain extent, you just have to surrender and realize that you’re participating in something bigger than yourself, and your “plan”.

Surrender. Résistance is futile. There is no need to swim upstream.

Rather, go with the flow of things and you’ll be far happier and, I promise, richly rewarded. Yes, set your touchstones, but don’t plan too rigidly lest you be disappointed in your inability to zip effortlessly from point A to point B.

You Party with Old Friends & Make New Ones

One of my favorite memories of the weekend was running into friends I wasn’t expecting to see.  It was at Dillon Francis (perfect example – I wasn’t an aficionado, I was just riding along to that stage, and I ended up having my mind blown by the DJ). This is a special delight provided by the Coachella obsession: you’ll run into friends you didn’t even know where there, a treat alignment set up by the Coachella gods.

There I was sitting on my friend’s shoulders, as he gleefully spun in circles, his enthusiasm infecting me. As I was spun, I got a full, impressive view of the present hoard, all fully committing to their boogy, waving about inflatable whales, Dillon’s face on a stick, and all matters of quirky flare.

Below, my own compatriots mingled with his and I could see just how well we all fit into the scene, as well as how unified all my many thousands of new friends were within the tent.  While the (scorching) sun was a little much, it put everyone in a summer sort of mind. Now was the time to dance about the field in your summer dresses, your shirts off, soaking in the sun and listening to music with your friends (established, as well as the your comrades of Coachella).

You Get to Camp, At a Music Festival!

Without question, if you have the opportunity, you should camp out at Coachella. There are so many tents set up it’s like a town in itself, where you can run over to the neighbors and grab a beer.  It’s a great environment to meet new people, friends who you’ll cherish for the duration of the weekend. Why remove yourself from the Coachella atmosphere for even a moment? Let it seep you’re your psyche as you sleep and be there to greet you in the morning.  Besides, what better way to wake up than the sound of bass in the distance?

Each night we’d fall asleep to the sound of people partying, bass music thumping in honor of the sets they’d seen that day, the sound of beer games in full swing, laughter dancing over the tents.  And you’re so tired that these noises serve as a friendly lullaby, dancing on the warm desert wind.

Life is nothing but experience, and Coachella will be an attractive chapter to look back on. One of my most euphoric and cherished memories is listening to The Red Hot Chili Peppers on the last day, swaying and crooning with thousands of my new friends as a dust storm blew us out, the voices hauntingly beautiful and familiar, the lights moving towards us on the dust. Moments like those make Coachella worth every penny.