The 6 Wonderful Things I learned at Burning Man

Burning Man 2013 was insane. It was my first time heading out to Black Rock City. Despite reading countless articles and stories (like this one) before I went to Burning Man, nothing could prepare for the event. Words, photographs nor videos can capture or convey the essence of Burning Man. The only way to understand the event is to live it, and I encourage everyone to check it out at least once.

For those of you that aren’t familiar with the Burning Man, it is an annual gathering of people held on a remote dry lake bed (called the Playa) in Northern Nevada (it’s even on Google Maps).

Every year during the last week of August 80,000 people come together to create Black Rock City, the home of Burning Man. It is a fully functioning city, complete with a census, fire station, DMV and airport.

But unlike any other city, Black Rock City does not have a social hierarchy, religious order or currency. Artistic expression and humanity come first. Participants are encouraged to express themselves to the fullest. This is Burning Man, and no one is here to judge you.

Burning Man is a Gifting Economy

Gifting is a great concept, and although society at large would not function as a gifting economy, it works at Burning Man.  After my week in BRC, I understand the meaning of the old adage “to give is better than to receive.”

Theme Camps Are the Main Attraction

Not only do Burners give gifts, but most camps specialize in offering something to the community.  For example, there are multiple food camps that serve breakfast/lunch/dinner to participants on a daily basis… Pancake Playhouse, Twilight Spaghetti Theatre, SPAM Camp, Camp Mooncheese etc.

Other camps provide services: there is a massage camp, foot spa, barbershop, and several “bike camps” that fix the thousands bikes that are wrecked or broken as a result of hard riding on the Playa.

Burning Man would be nothing without the theme camps.  Get out there and explore them.  Say hello and make friends with strangers (wait, there are no strangers at Burning Man).

Workshops and Demonstrations Are a Must-See

One of my favorite things about burning man are the abundance of lectures, classes, demonstrations and workshops put on by camps.  I would spend most of the day wondering around from camp to camp to see what they had to offer.

Some of the events I attended were the Deep Playa Art Tour, Sunrise Yoga, Giant Twister, Blues and Brews, TuTu Tuesday, David Bowie Happy Hour, the Wu-Tang and Sword Fighting Club, Celestial Communicator and a few classes on relationships, friends and love. For a good laugh, browse a list of all 2013 events at this page.

In many of these lectures and demonstrations, you’re asked to find partner with another Burner that you’ve never met.  You are then asked step outside your usual comfort zone by disclosing your closest secrets, emotions, feelings etc.  Sometimes you’ll be asked to make physical contact with them, such as a back massage or gently stroking their forearm.  It’s all very weird, but eye-opening at the same time.

Stepping outside of your comfort zone is exhilarating.  Emotionally connecting with a stranger is refreshing.

Artists Come From All Around the World

Aside from the sense of community, the thing that drives most people to Burning Man is the incredible artwork.  Black Rock City is filled with thousands of incredibly talented artist and they bring their artwork from all over the world.  Much of the art is made of wood and is burned on Thursday and Friday night of the event.

A lot of the art tries to convey a message about society.  For example, a plaque at the base of the “Like4Real” sculpture (in the shape of a Facebook Like Button) reads: “In our perception Like has become the new Gold, however it has lost its real value and meaning. Like became just another commodity, waiting to be cashed.”

My favorite piece was the “Church Trap”, a church propped up like a snare trap and invites Burners inside to sit in a pew and watch someone play the organ. 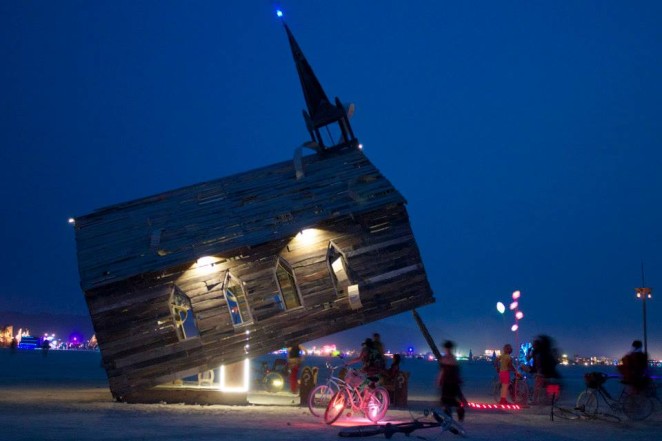 There is so much art at Burning Man, both physical and performance art, that it’s almost impossible to see all of it in one week.  If you’re the creative type, or need some artistic inspiration in your life, a visit to BRC is a must!

There are Atheists and Non-Religious Burners 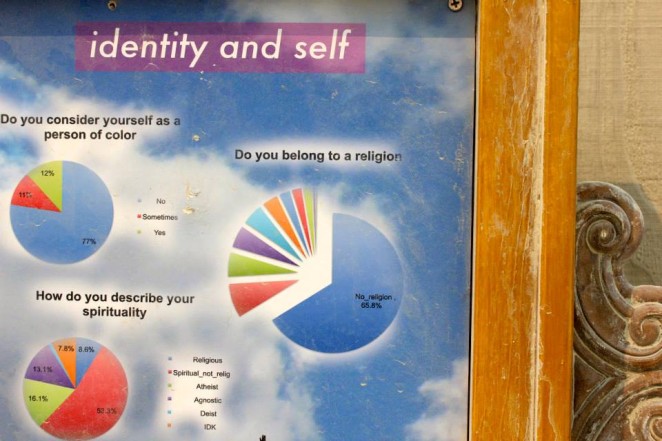 It feels wonderful to be surrounded by people that view the universe and life in the same way as me.  That is, they don’t need to believe in a “high-power” to feel fulfilled in life.  They turn to science and the real world for answer.  They live in the present and understand that life is short, so you better make the most of it.

Burning Man is for Everyone

Upon arriving at BRC, I was surprised to see the diversity of the attendees.  I was expecting mostly young, left-leaning, “hippy type” people.  My expectations couldn’t have been more wrong.

Not only were a wide range of ages represented, but ethnicities and socio economic backgrounds as well.  The first person I met was a man that worked at Twitter, was in his 40s and from Brazil.  Not long after that, I ran into a family with young children.

P. Diddy, Mark Zuckerberg, Elon Musk, Sergey Brin and Larry Page are all Burners and party alongside people that had to scratch every last bit of money to buy a ticket.  Burning Man is just that type of place.

Other Things I learned 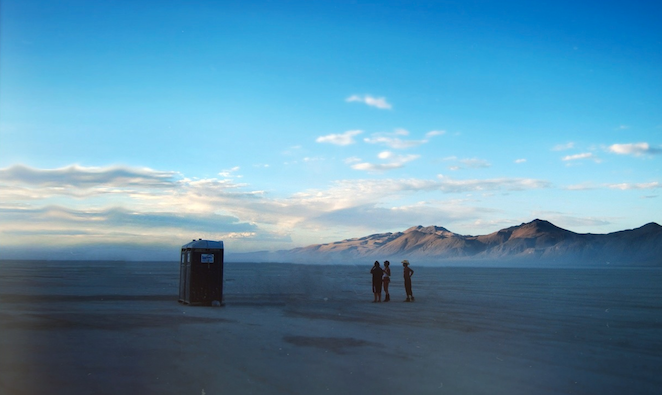 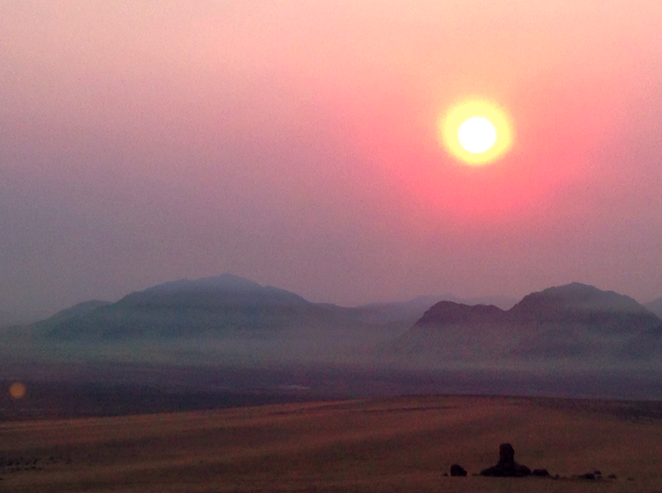 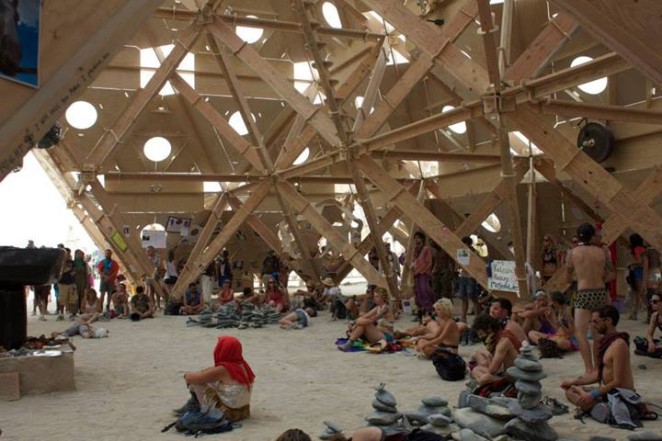 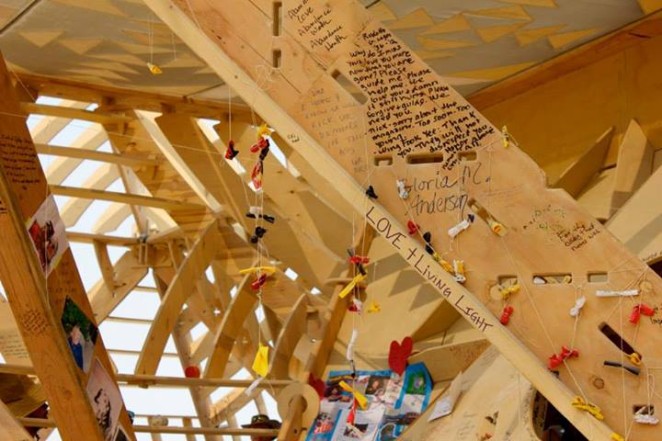 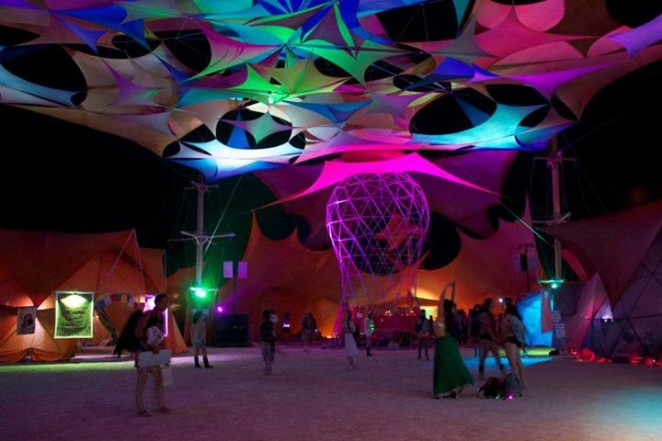 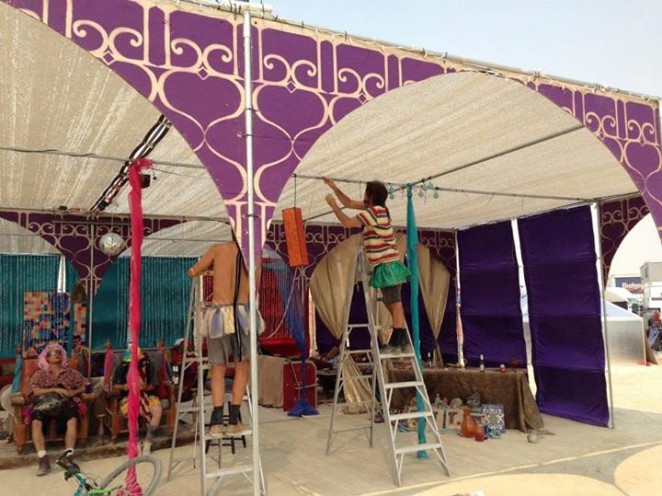 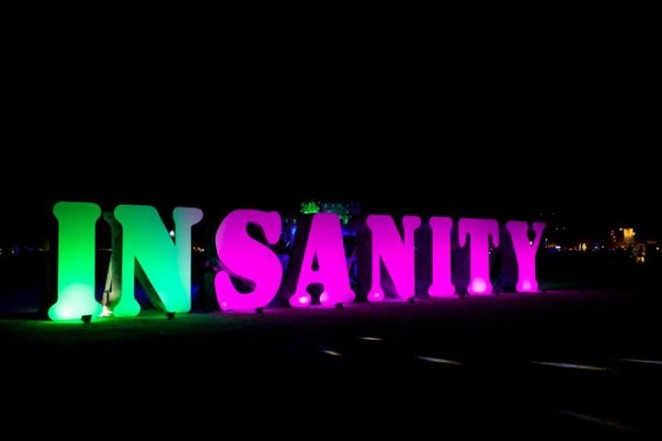 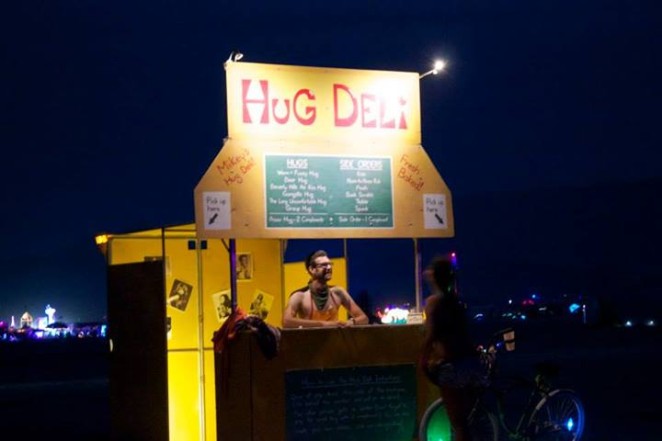 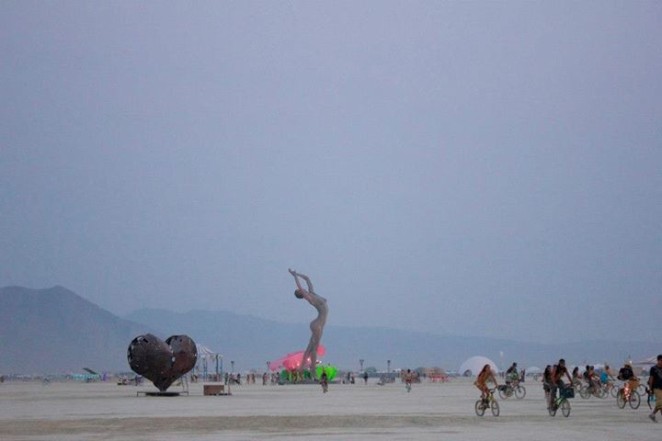 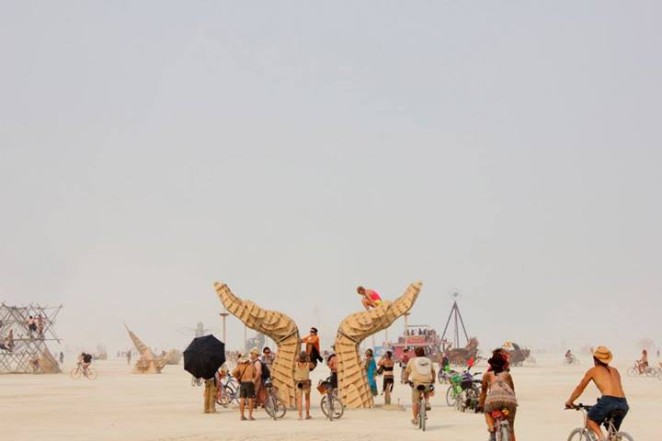 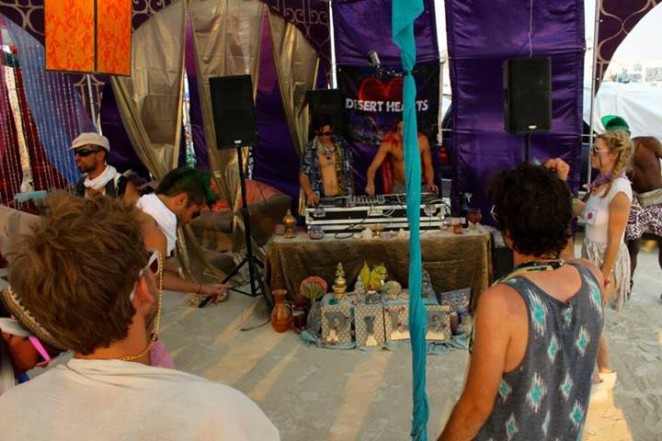 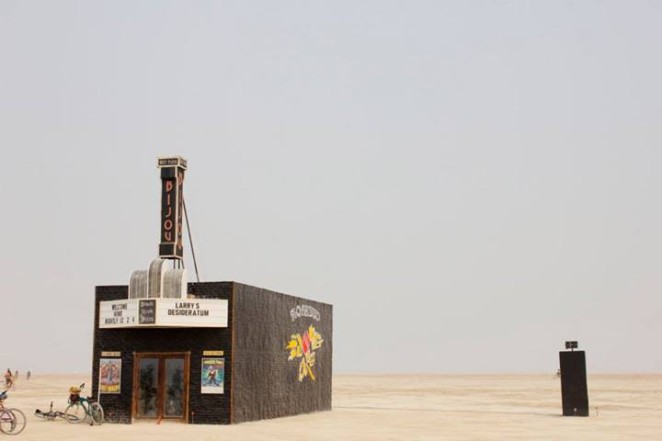 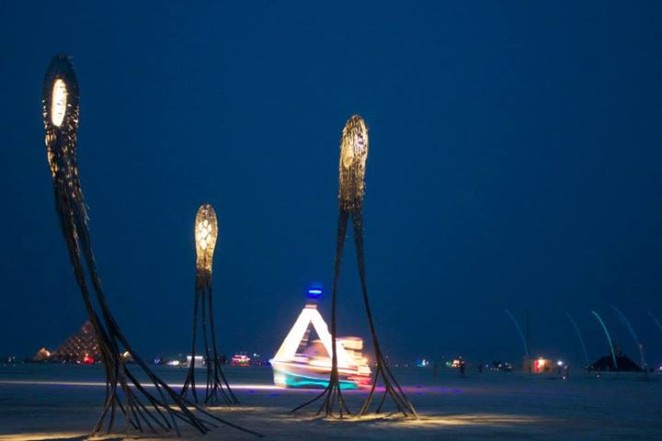 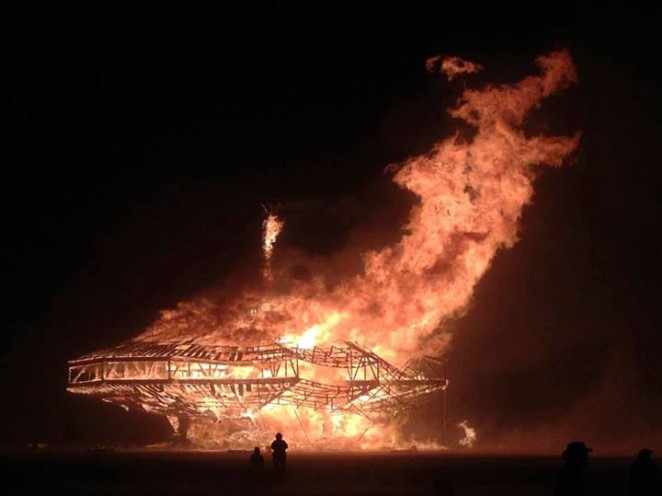 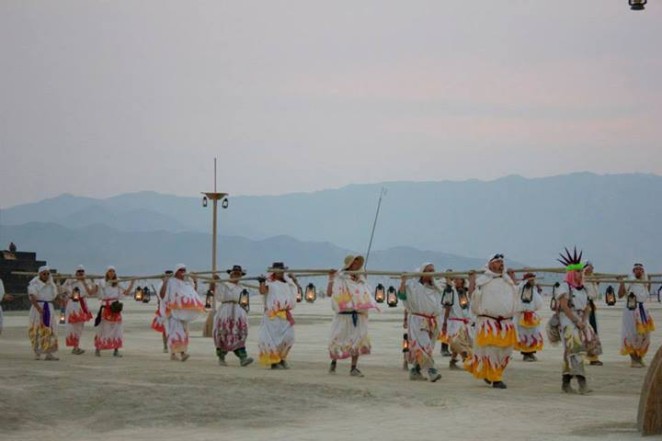 More of my Burning Man Photos can be seen here.

Leave a comment about what you learned at Burning Man

Written By
Evan Thomas
More from Evan Thomas
Camping at Coachella has never been easy. The desert heat, the dust,...
Read More