—This article was contributed by Sean Panganiban. You can reach him at Seanpangs10[at]gmail.com —

For the past 6 years of my life I’ve lived and breathed music festivals. I’ve added it up and I’ve been to the following major music festivals: Coachella (6 times), Sasquatch (2 times), Lollapalooza, Shambhala, Bonaroo, Rock the Bells, Outside Lands, Pemberton and Austin City Limits.

The list does not include all the local festivals, so yeah, you can say I’m kiiind’ve addicted. What makes music festivals so addicting one might ask? My short answer can be summarized by: Music and beer gardens. My long answer can look something like: “I enjoy meeting likeminded people with similar interests, from all over the world”, “there’s an energy in the air that only a music festival can evoke” or “it’s a great opportunity to discover new music and rock out to your favorite bands”. Oh yeah, there’s also something about frolicking around aimlessly, grooving to the music at the different stages, with no real direction. Nowhere to be, nothing to do, just living in the moment.

I wanted to focus this article on the one that started it all off for me, Coachella. I have developed some “Coachella wisdom” that I would like to share with you all: 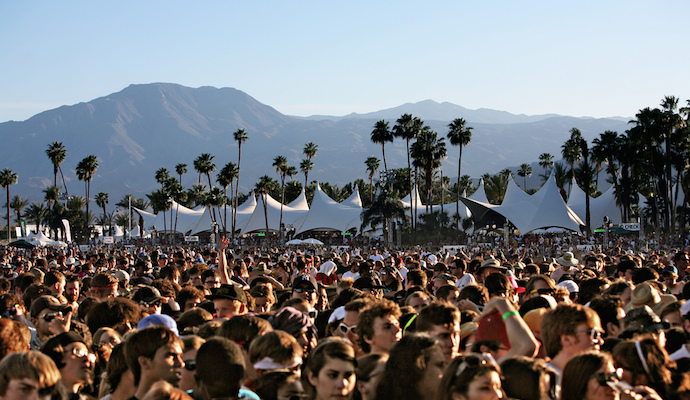 1 – Make a meeting spot amongst your friends

One thing you have to realize is that there are 80 thousand people at Coachella and your text messages will not go through right away. Too many times I have received the “in the beer gardens” text, 2 hours too late. You want to see Lana Del Rey, but your friend wants to rage in the Sahara Tent.

Make a meeting spot, make it simple, discrete and not in a big open area. One year there was a big giant swan that we made our meeting spot, but guess what? So did 200 other people. There is usually an information booth to the back, parallel to the Main Stage that has been a go-to for us the last couple years. 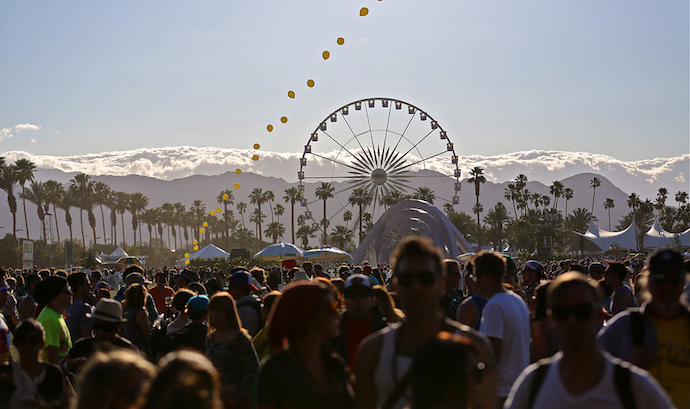 Depending on which weekend you’re going to Coachella, it can be hot as f*ck. Remember, Coachella is a marathon, not a sprint. You see the “Bros” in the beer gardens downing beers like it’s running out of style in the day time, and passed out by the fence by night. You don’t want to miss any shows because you swung for the fences and got white girl wasted.

Beer makes you dehydrated, for every 2 beers, you should be drinking at least one bottle of water. Let me tell you from experience, beer bongs and flip cup tournaments at 7 in the morning are fun (like, really fun), but you have to be smart about it. A lot of our group, including myself, has missed shows due to the heat, combined with our innate alcoholism.

PS. Don’t underestimate the Indio heat, it WILL get you if you don’t prepare for it. Suncreen, hats, sunglasses. Those are a must. 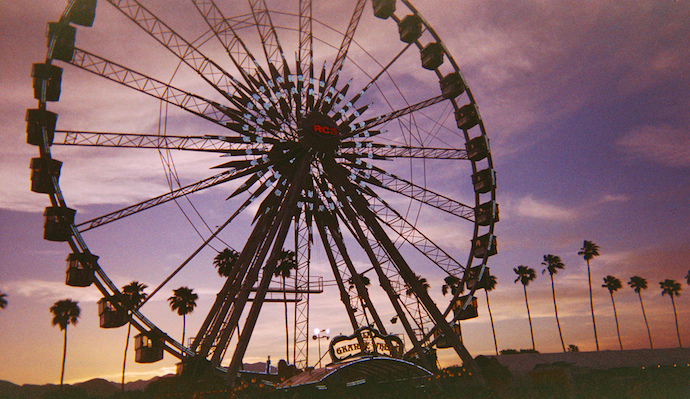 3 – Wander around by yourself

Your friends said they would meet you at the meeting spot, but it’s been 40 minutes and they’re not there. Their phones are off too. You’re screwed… Noo, you’re not. Go out and venture off by yourself to find an adventure. I can almost guarantee you, you will run into your friends at the most random of time (the Universe is weird like that!). You’re definitely not an introvert, or else you wouldn’t have paid hundreds of dollars to be in a big field with all sorts of weird and wacky people.

Too many times I have met people in the same boat I was in, alone. I’ve met some of the most outrageous, yet likeminded people while wandering around by myself. There’s nothing more liberating than doing absolutely whatever YOU want to do at a music festival.

PS. All alone? Head to the Doo-Lab 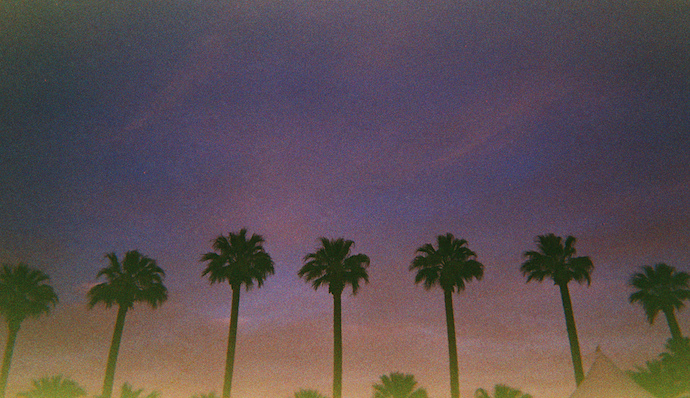 Kendrick Lamar isn’t subtle about it, nor should he be. My biggest pet peeve at a music festival are Buzz killingtons. Friends who are whiners, people who are negative Nancy’s, people telling you that they saw The Head and the Heart BEFORE they were well known, in their pretentious-hipster-like attitude. I don’t care pal, and I could care less that your friends’, cousins’, childhood neighbour is the drummer from Grouplove.

Listen, you’ve spent hundreds, if not thousands of dollars to be at Coachella and if you and your friend are watching a show, and it is his most absolute FAVORITE band and it is your LEAST favorite band, suck it up and don’t ruin it for him. Don’t be a vibe killer. 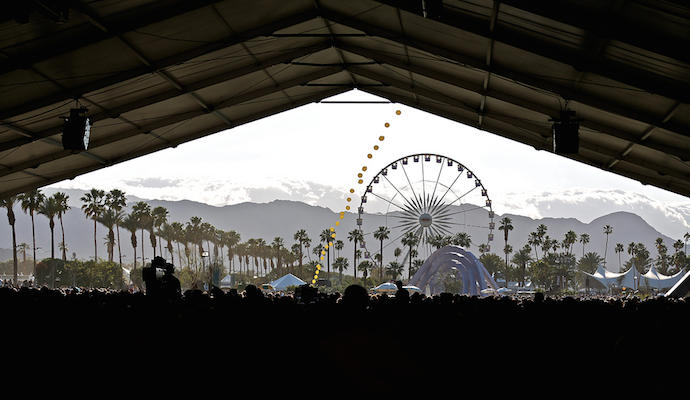 Say you’re watching a show on the main stage. You’re soo into the show, but there’s one thing that’s bothering you. You need to take a leak. The only thing that would make your experience better is if you went to the washroom (port-a-potty), but you don’t want to lose your friends and your spot in the crowd.

Make a reference point! Look for things such as speakers, fences or even dudes with hats that light up as a reference point and count your steps. It may seem like an impossible task finding your friends amongst a crowd of 50 thousand people during Arcade Fire, but if you use your reference points, you’ll be A-OK. 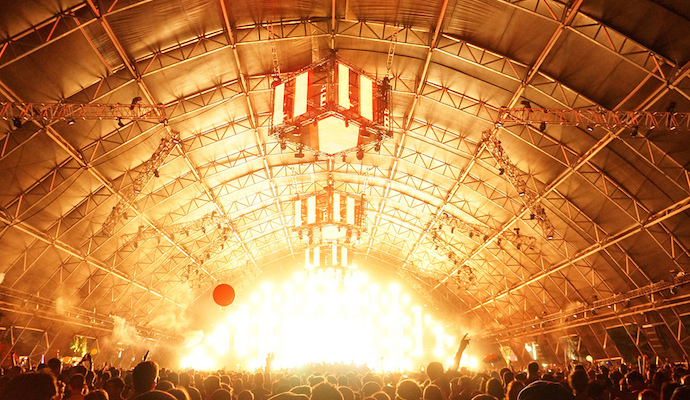 A lot of people underestimate the power of positive thinking, like it’s some hocus pocus sh*t. Say you’ve lost your friends in the crowed, or you can’t get a hold of Diego from Sacramento who promised you some OG Kush. Don’t fret, and stay positive. Coachella has this weird “Coachella magic” that enables everything to work out in the end, if you let it. I’ve always said this saying, and you should too, “When there is a will, there is a way”. 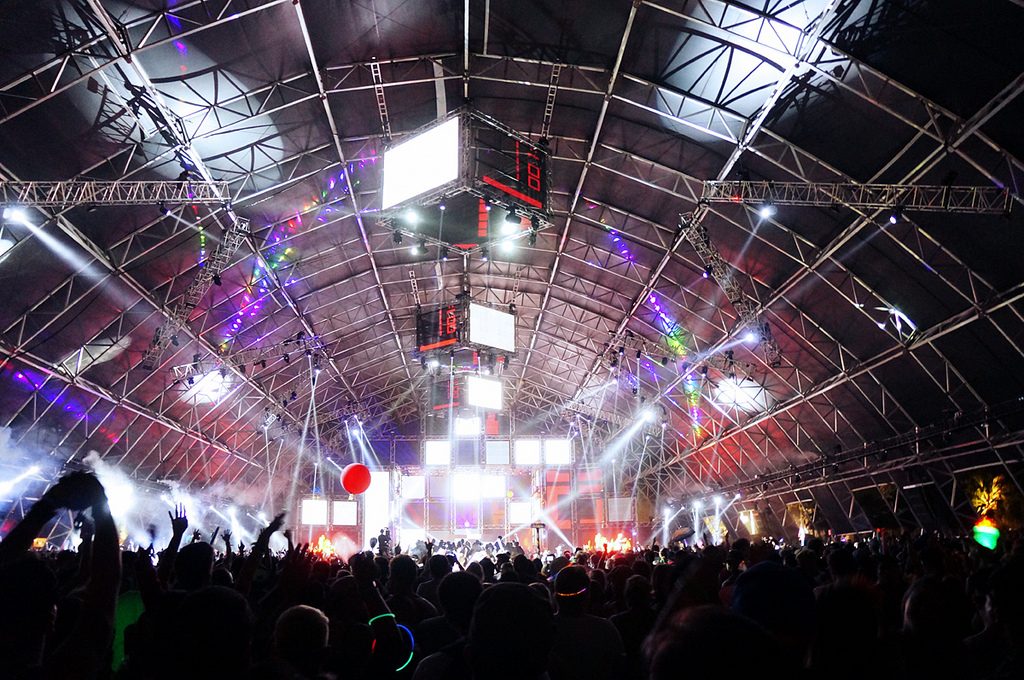 I started going to Coachella as a young lad in 2008 and I camped for 5 years. Last year was the first year I didn’t camp, and let me tell you, it was glorious. The whole “having a place to shower and sleep” was bliss. However, I feel as though I’ve “paid my dues” with camping.

You’re up at 7am (or still up from the night before) because the sun is just roasting you in your tent. You’re unable to sleep because the parade has been going on all night. The shower lines are going in zig zags with no real starting point. It doesn’t sound too appealing, but let me tell you, camping at Coachella is 50% of the “Coachella experience”. I’ve had some of the best experiences, life lessons and random adventures in that Polo Field campground. If you’re physically capable, and up for it, If you have a chance to camp.. CAMP!! 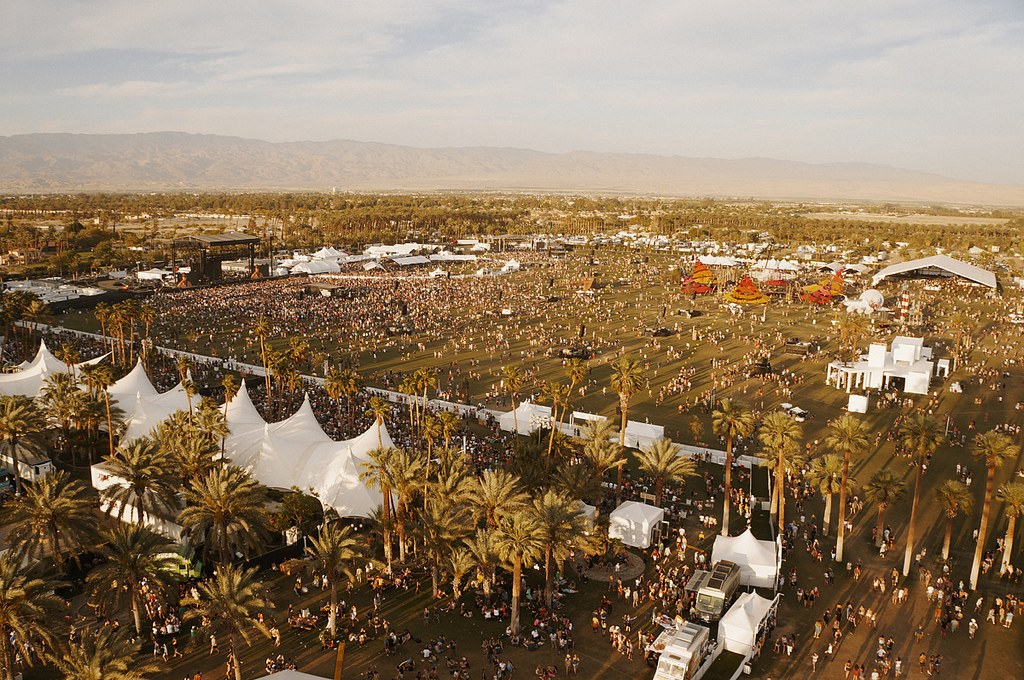 8 – How to navigate your group through the crowds

This is the scenario. You’re with your group of 10 friends walking through a crowd, and half of them are easily distracted by shiny or flying objects. You’re pretty much screwed in keeping your group together as you try to navigate through the Saturday night Coachella crowd. As the navigation leader, you will hold your hand or an object up in the air and you will tell each member of your group to follow your hand. It works best if each member of your group holds their arms in the air with you, but we all that it’s far-fetched as Crazy- Carl just saw a ninja decked out in glow sticks.

P.S. Saturday night at Coachella between the Outdoor stage and the Sahara tent is PACKED. A very tight squeeze. Put a leash on Crazy-Carl. 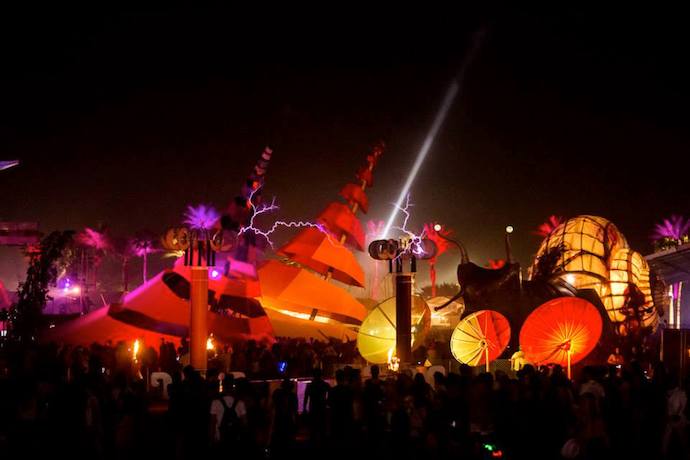 There is always one moment, one single moment that a feeling just hits you. The conflict, the sacrifice or adversity that you had to put up with in order to be there, in that moment, seemingly, all goes away. You’ve spent hundreds of dollars, for this one moment. It may be while singing your heart out with 50 thousand people to your favorite song or it may be dancing your ass off in the Sahara tent with 7 of your closest friends. But a feeling will hit you, a feeling that you may have never felt before and for some reason everything will all make sense.

—This article was contributed by Sean Panganiban. You can reach him at Seanpangs10[at]gmail.com —

Written By
Evan Thomas
More from Evan Thomas
Learning how to close apps in iOS7 will help save the battery...
Read More