“Who is playing at Coachella 2014?”, “Who is headlining Coachella?”, “When will the Coachella 2014 lineup be released?” With only a few months to go until Coachella 2014, you’ll probably be hearing questions like those more and more often.

This is the 2014 lineup predictions. See predictions for the Coachella 2015 Lineup.

The official lineup will likely be released in late January (in 2013 the lineup was released on Thursday, January 24 via a Tweet), but it’s never too early to start speculating who will be on the Coachella 2014 poster.

I’ve scoured the Coachella forums and Reddit page, talked to fans, read band interviews, followed artist’s Twitter accounts and traced tour dates for the purpose of compiling this comprehensive list of bands, DJs and artists that will be on the Coachella 2014 lineup. If you have an insider tip, feel free to contact me.

The following acts are potential headliners for Coachella 2014. 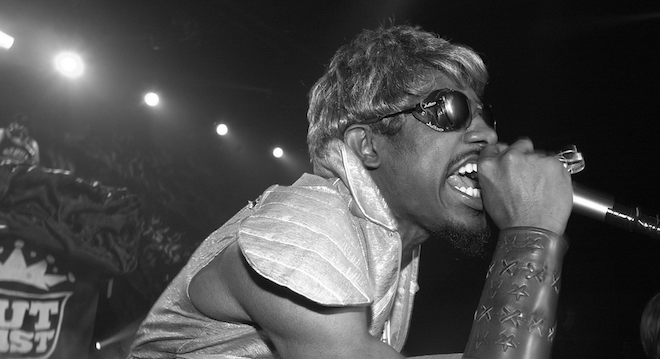 Rumors have been circulating Outkast would be reuniting for Coachella 2014 ever since February when Big Boi said he had been talking to André 3000 “about some things.”

Now it seems that those rumors have materialized and Outkast will be one of the headliners for Coachella 2013. Multiple sources have told Billboard that Outkast will be in Indio in April to kick off a reunion tour. 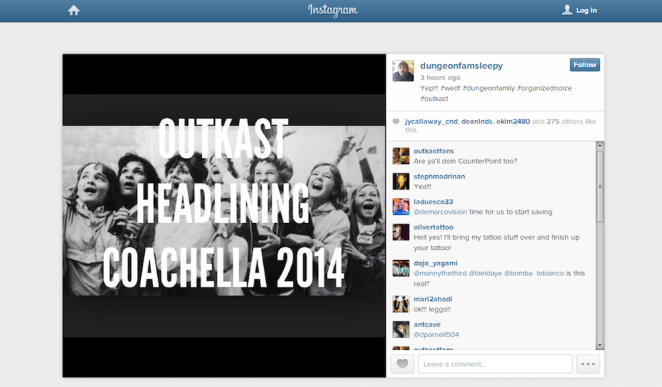 The Instagram was quickly deleted. I can imagine Goldenvoice is not to happy with Sleepy. 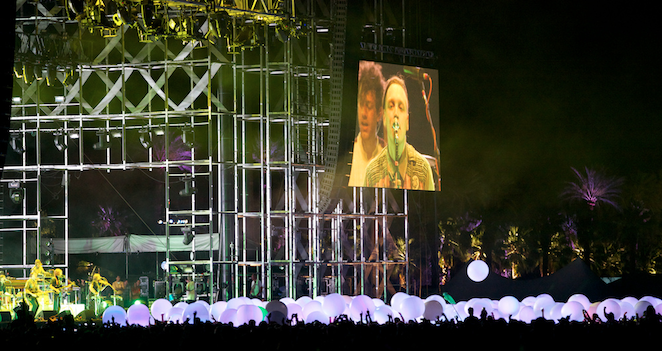 Arcade Fire’s headlining set in 2011 (remember the infamous ball drop) was probably the best act of the weekend.  The Montreal-based group released their new album “Reflektor” on October 28th and is heading to Australia for a 7-city tour after a few “secret shows” in LA and Brooklyn.  That said, an appearance at Coachella seems likely.

But is a two-year gap enough to warrant a return as 2014 headliners?  There have been 5 “repeat headliners” in Coachella history (Tool, Red Hot Chili Peppers, Radiohead, Rage Against the Machine, The Cure and Bjork) and the band with the quickest turn-around time was the Red Hot Chili Peppers with a three-year gap (headlined in 2003 & 2007).

One thing that points to Arcade Fire headlining Coachella is their lack of big shows in Los Angeles.  In late October, they played two shows: one in front of the Capital Record building and another at the Hollywood Palladium.  Given that they should be playing at major venues like Staples or the Hollywood Bowl, it could be possible that Arcade Fire is under contract with Goldenvoice (the AEG-owned company that produces Coachella) to not play any major shows in LA.

We’ll have to sit back and wait until we hear more information around their North American Tour.  But I’m certainly hoping they headline again! (possible with David Bowie? Ok maybe not.) 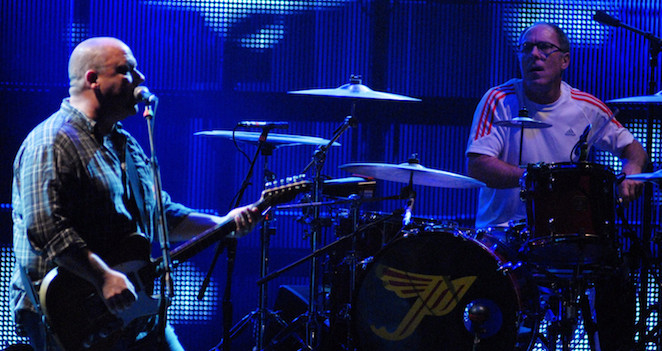 Many bands that play Coachella cite Boston alt rockers “the Pixies” as their biggest inspiration.  In 2004 Tim Wheeler, vocalist and guitarist for Ash, said “half the bands at [Coachella] wouldn’t exist if it wasn’t for the Pixies.”

Radiohead guitarist Johnny Greenwood once quipped, “The reason we don’t use as much guitar now is there are only a handful of Pixies albums. You can’t keep copying them.”

And in 2010, Bassnectar played his dubstep remix of the Pixies’ Where is my Mind to a receptive crowd in the Sahara Tent.

The Pixies were a crowd favorite when they reunited at Coachella 2004.  If GoldenVoice wants to appease they fans, they’ll bring the Pixies to the Polo Fields. 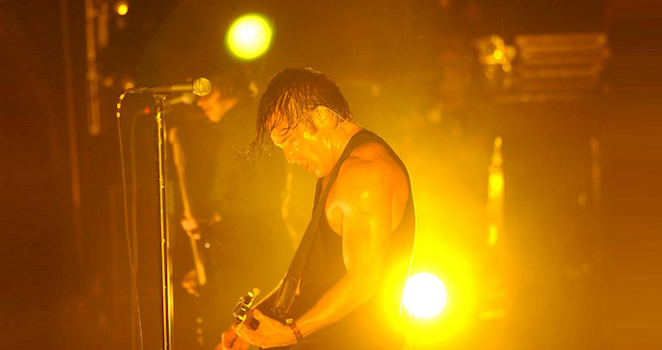 NIN were a huge hit when they last played Coachella in 2005. Nine years and several albums later, it’s safe to assume that NIN will return to the Polo Fields (Reznor’s other project, How to Destroy Angels, played at Coachella 2013).

One reason NIN might not be at Coachella, however, is because they played a show on November 8th show at the Staples Center. This would likely interfere with GoldenVoice’s “no-play radius” in Los Angeles which states that booked Coachella bands cannot play in the greater Los Angeles area (unless it’s a show put on by GoldenVoice). 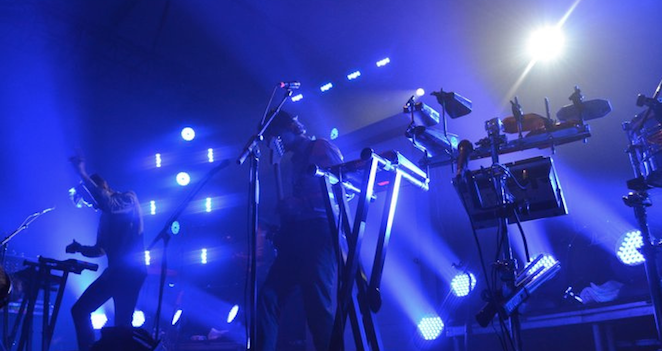 Updated December 9th – Cut Copy will not be at Coachella given their tour dates.

The synthpop group from Melbourne released their 4th studio album “Free Your Mind” on November 5th and will play Coachella 2014 to promote it. Cut Copy put on the best dance party at Coachella 2011 inside the Mojave tent. Their set was my second favorite that year, only behind Arcade Fire.

When they return in 2014, they’ll need a bigger stage to handle their growing fan base. Could they perhaps be billed as the sub-headliner on the Outdoor Stage? 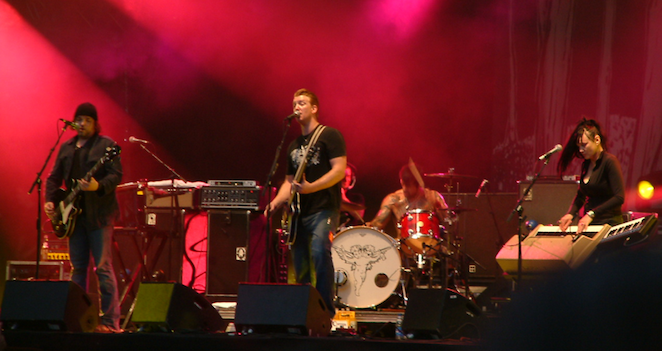 Queens of the Stone Age

Coachella Valley natives (Palm Desert) Queens of the Stone Age will likely be at Coachella 2014 to promote their latest album …Like Clockwork.  The band has played at Coachella two times in the past, 2002 and 2003, and it’s about time they make a return.

Having previously toured with Nine Inch Nails, it’s possible the two bands will play back-to-back on the Coachella Main Stage. 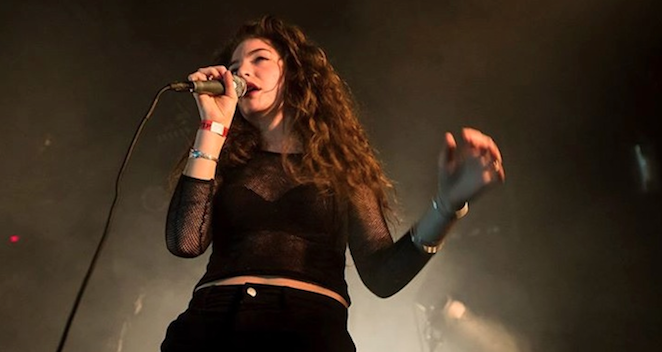 New Zealand’s Ella Maria Lani Yelich-O’Connor, AKA “Lorde”, might be the hottest name in music right now.  One thing is for sure, the talented teenager is here to stay.  Her album Pure Heroine is filled with ear-catching song after ear-catching song.  I’m predicting Lorde will land a coveted sunset set time at the Outdoor Stage. 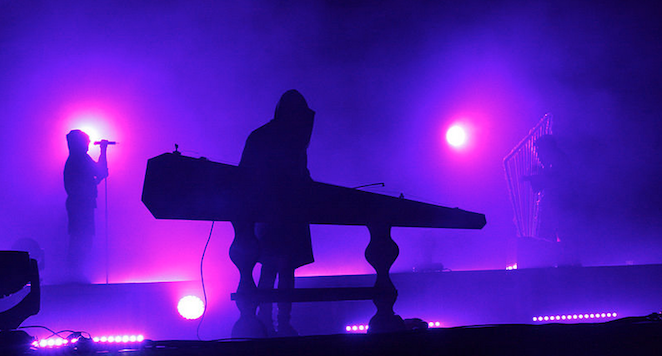 Stockholm’s electronic music duo The Knife released their album Shaking the Habitual just a few days before Coachella 2013. This led to a lot of talk about The Knife playing at the 2013 festival, but to the disappointment of many fans, it never materialized.

But this could be the year for brother-and-sister act.  The Knife is definitely headline material, even if they have never played at Coachella in the past (band member Karin Dreijer Andersson aka Fever Ray did play at the 2011 Festival).

Acts that are strongly expected are in bold 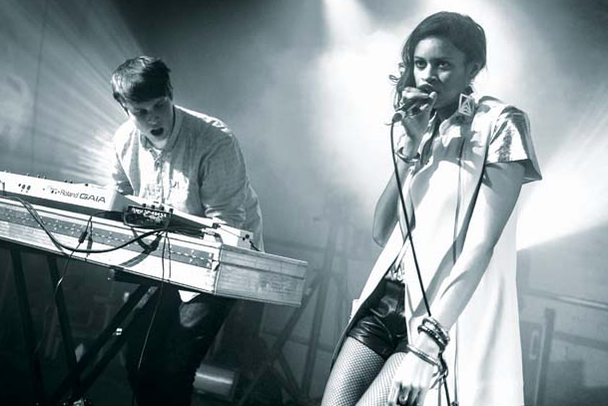 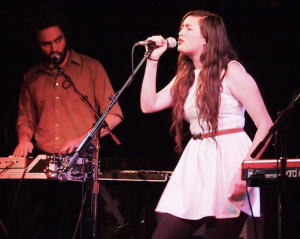 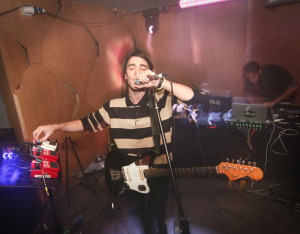 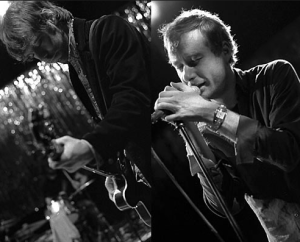 The Coachella Message Boards member “captncrzy” began a lineup pool for the message board members.  The rules are that each forum member posts 25 artists they think will be in the 2014 Coachella lineup.

Each member had to post his or her submission before October 15th 2013.

Many of the members are very in-tune with lineup rumors, gossip and predictions.  Some members work in the music industry or have personal ties to artists or the artists’ managers; so naturally this lineup pool is a good place to turn for lineup predictions.

In all, there were 79 lineup pool submissions.  I took each submission pool, imported it into a spreadsheet and ran some analysis on the number of predictions.  Here’s what I learned:

The 5 bands/artists with the most votes were:

Middle of the pack bands/artists:

Bands/artists at the bottom of the list with at least 5 votes:

Total number of votes in parenthesis.  The percentage refers to how many of the pool submissions the artist was included in. 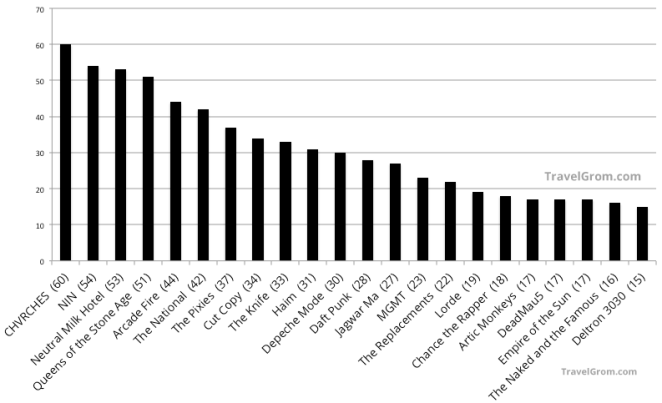 If you have an insider tip, feel free to contact me.

Leave your Coachella 2014 lineup predictions in the comments below.