THIS IS THE 2015 Lineup, for the newest list please see the Coachella 2016 Lineup predictions.

The Coachella 2015 Lineup will likely be released in early January (it was released on January 24th in 2014, and on January 9th in 2013) so until then, we can only speculate who will be on the official poster.

We’re confident that this is the most accurate Coachella 2015 lineup prediction available. Our list of predictions for the Coachella 2014 Lineup was 65% accurate (of the 128 artists we predicted, 83 ended up playing Coachella, including two of the headliners). Although, we also incorrectly predicted a David Bowie guest appearance during Arcade Fire’s set.

To compile this list of Coachella 2015 lineup rumors, we’ve researched album release dates, scoured music forums, combed through artist tour dates, and followed music blogs to discover what new artists are making a splash. We’ve also watched the weekly bill on two Los Angeles club venues that are owned by AEG/GoldenVoice: The Henry Fonda Theatre and the El Rey Theatre. In an interview earlier this year, Coachella founder Paul Tollet said he observes which artists sell tickets at these venues before deciding to book them at Coachella.

If you have an insider tip on an artist that will be playing Coachella 2015, please feel free to contact us.

The following are very likely headliners for the 2015 Lineup. Words by Lily Min. 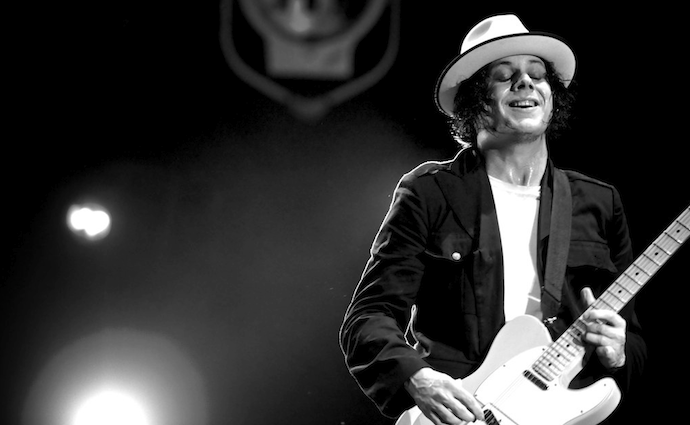 Since then though, White’s struck out on his own for two solo albums, 2012’s Blunderbuss and 2014’s Lazaretto. The fact that White’s never played solo at Coachella to back up his new totally solo career seems remiss, and is likely an oversight that the festival’s organizers will try to correct. White’s remaining 2014 tour dates are for Europe, but his early stops in 2015 are both in the States, a tentative indicator that he’ll be touching down in Indio come April. 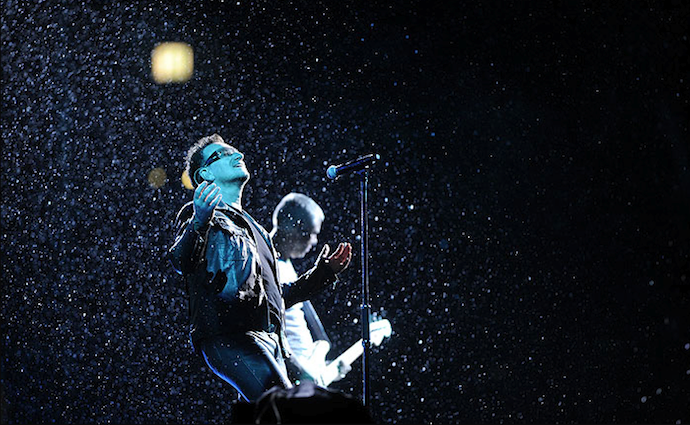 Update – Due to the massive injuries Bono sustained from a bicycle crash in New York, it’s very unlikely U2 will be playing Coachella 2015.

Earlier this year, Bono told a reporter for the Desert Sun that he’d been to the festival as a fan and would like the chance to play Coachella, adding,”we don’t usually play festivals, but that’s definitely on our radar.” 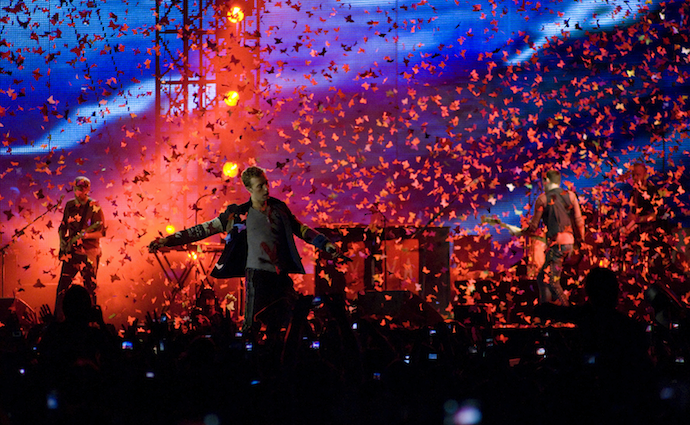 Chris Martin and his crew played Coachella back in 2005, in support of X&Y. A lot has changed since then — they’ve released three albums of bombastic stadium alt rock, Martin split from longtime partner Gwyneth Paltrow, linked up with superstar Jennifer Lawrence, and then split from her too. Despite their front man’s romantic foibles, the band remains a force in popular music, and would make a good fit for a headliner slot.

Though the band released latest album Ghost Stories in May 2014, they played an irregular tour cycle to promote the album, and as of now, have no upcoming tour dates at all. Though the former point doesn’t necessarily bode well, a knockout festival set (which the band is fully capable of delivering) would be beneficial to all parties. 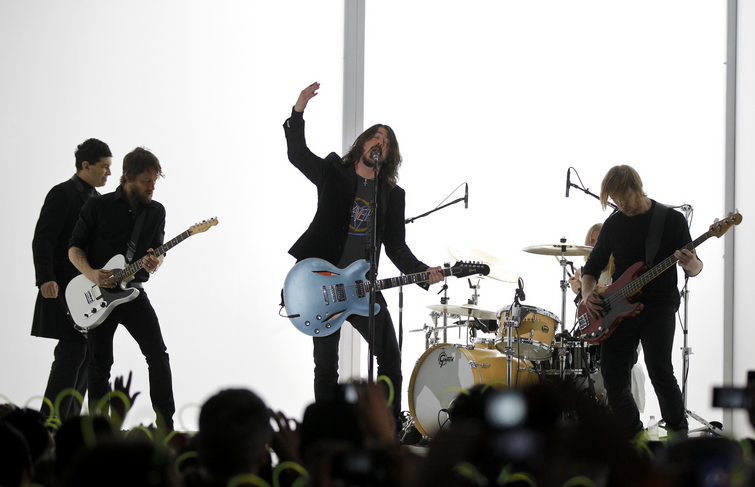 Dave Grohl has played Coachella before (2002 with the Foo Fighters and 2010 as a member of Them Crooked Vultures, who played a 2010 set on the Coachella Stage). Since then, Vultures member Josh Homme has returned to the festival (in 2014) with his main group Queens of the Stone Age, perhaps Grohl could be doing the same come April.

Though the band was supposedly on a break following 2011 album Wasting Light’s promotional tour, with Grohl taking time working on the 2013 documentary Sound City, they dropped eighth album Sonic Highways in early November. Their current tour schedule shows a massive gap between February and June, which is a pretty good indicator that they could be on the Coachella 2015 lineup. 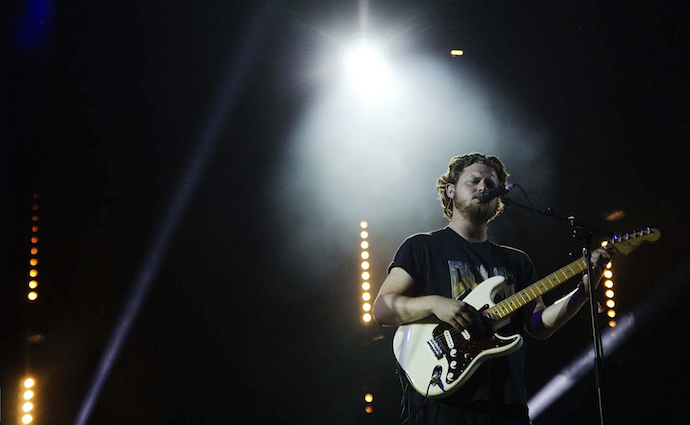 English band alt-J (∆, if you’re nasty) entered the mainstream with their 2012 debut album An Awesome Wave. During 2013 festival circuit, they hit all the big ones: Glastonbury, Lollapalooza and of course, Coachella, playing to a crowd bursting out of the sides of the under-sized Mojave Tent.

alt-J’s sophomore album This Is All Yours dropped in September, and it’s no less of a critical success and much more of a commercial one than An Awesome Wave. Given that their current tour schedule has no April 2015 dates listed at all, that means that we’ll almost definitely be hearing more of Joe Newman’s distinctive warble in Indio.

The British belter last played Coachella in 2012, when she capped off the weekends’ Outdoor Theatre performances. But Florence Welch has been making only sparse live appearances in recent memory — her first Stateside performance in a year was in late October for Neil Young’s Bridge School Benefit Concert.

Album number three is apparently cooking away, so with all luck, Welch will be back in form presiding over the Indio desert in her witchy woman stagewear. Given that she has no touring schedule in place, due to the aforementioned lack of an album to promote, Welch should make Coachella 2015 one of her U.S. performance priorities. And, she’d played the festival before in 2010, so a few-year gap should be enough for her to make a triumphant return. 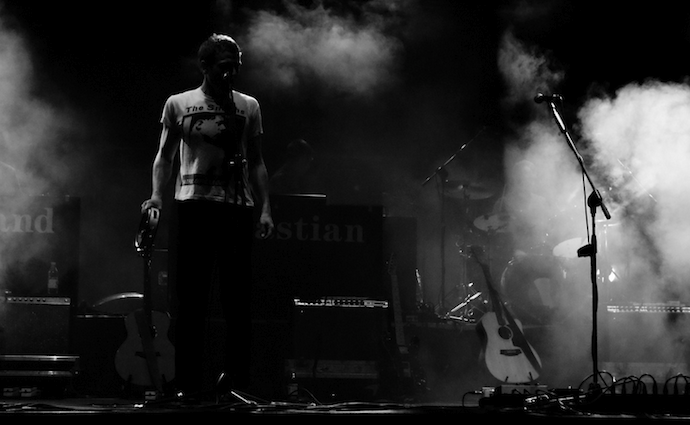 The Scottish indie pop group are about to release their ninth full album and are in their 18th year of existence, and yet they’ve only played Coachella once before, in 2002. While that makes them veritable elder statesmen of the Indio festival, it’s only a matter of time before they come back, and perhaps Coachella 2015 is finally the year.

Their only recent SoCal show stop was at Goldenvoice’s The Theatre at the Ace Hotel, so they’ll remain eligible for the festival. And lo and behold — no March or April 2015 dates in their touring schedule. There’s a long history of older UK acts at Indio — The Stone Roses, anyone? — but Belle & Sebastian are indie pop royalty and deserve the kind of career-spanning showcase that Coachella provides. 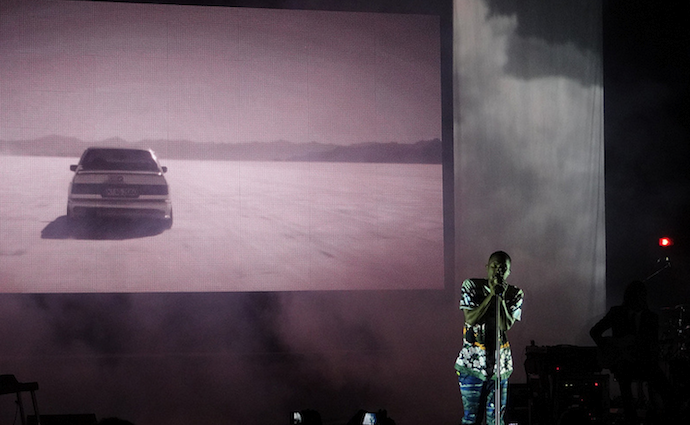 Though Ocean has only played Coachella once as a solo act (in the Gobi Tent during 2012’s festival), he’d been on-stage the year before with the rest of the OFWGKTA gang. But those back-to-back appearances aren’t why he’s been off the Coachella circuit; that has more to do with the fact that he hasn’t released a follow-up to his gorgeous 2012 debut channel ORANGE.

The album is reportedly in the works (though that’s been its status for a while), but by all accounts, some sort of announcement about it should be going out within the next couple of months. With Ocean shaking up his management and PR team, perhaps a more formal timeline will be set out soon? It’s unlikely that folks are going to forget about Ocean’s silky smooth R&B any time soon, but a new release before the end of the year would certainly bring him back into the music world fold.

Set of the weekend is between #arcadefire and DARKSIDE

The full list of predicted artists for the Coachella 2015 Lineup, CHECK BACK FOR UPDATES

The Coachella website has a very active message board. Over the last few years, a message board member by the name of “captncrzy” has been holding a lineup prediction pool. Each pool contestant posts 25 artists they think will be at Coachella 2015. This year, there were over 100 entries, and these are the artists that got the most votes. 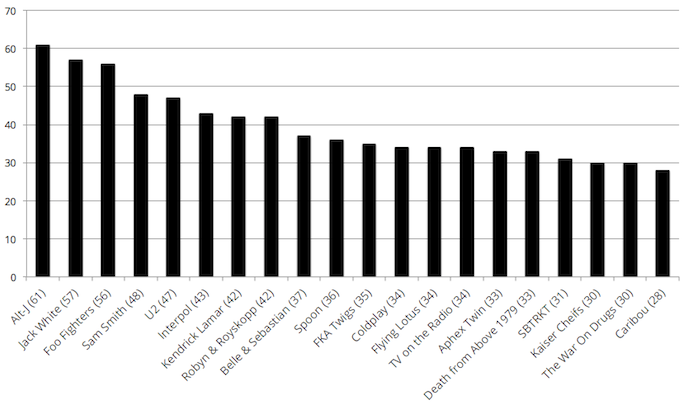