The Coachella 2016 Lineup is slated to be released sometime in January (last year the lineup was released on January 6th) so with only a couple of months until the official release, it’s time for the lineup rumors to start spreading.

Year after year we continue to post the most accurate Coachella lineup prediction on the internet. Our list for the Coachella 2015 Lineup was 65% accurate: of the 106 artists we predicted, 69 ended up playing Coachella.

This list of Coachella 2016 lineup rumors was compiled through researching 2016 album releases, music forums, artist tour dates, and respected music blogs to discover what new artists are making a splash. We’ve also watched the weekly bill on two Los Angeles club venues that are owned by AEG/GoldenVoice: The Henry Fonda Theatre and the El Rey Theatre.

If you have an insider tip on an artist that will be playing Coachella 2016, please feel free to email me.

Katy Perry, Lady Gaga, The Offspring and the Red Hot Chili Peppers are all releasing albums in 2016 and can be considered viable headliners. But given Coachella’s tendency to book a hip/hop artist, pop artist and rock artist, the following are leading the rumors for Coachella 2016 headliners: 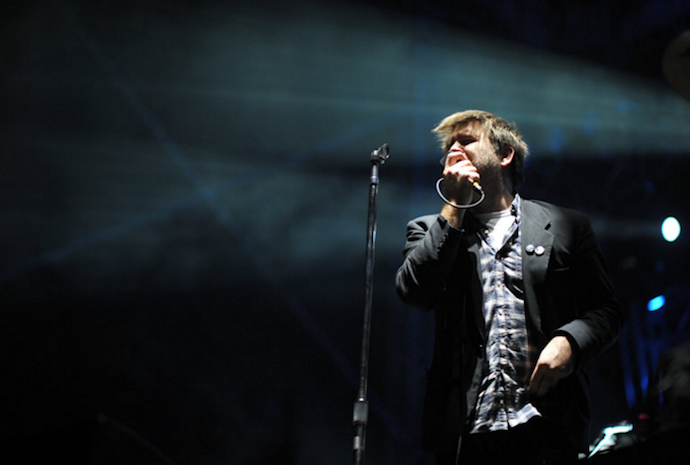 In 2011 James Murphy and his Grammy-nominated band shocked music fans when they announced they would be parting ways despite the commercial success of their  third studio album This is Happening (2010). They played their last show together to a sold-out Madison Square Garden, the performance was captured in the documentary Shut up and Play the Hits.

Now, nearly five years later, it appears the band will reunite in 2016. A number of sources, including Billboard, have shared the band’s plans to headline “three major North American music festivals” next year. These rumors point to LCD almost being a guarantee at Coachella 2016. 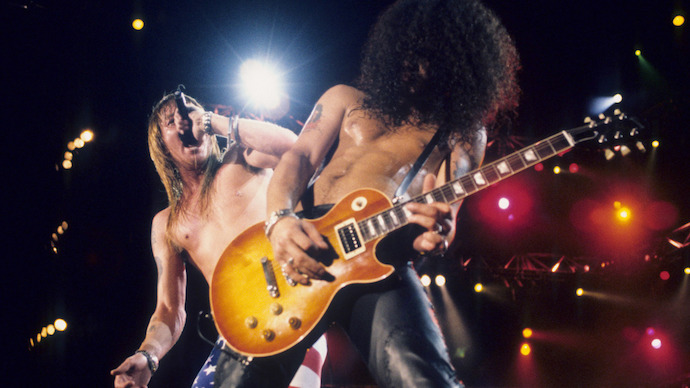 AC/DC put on a memorable performance to a massive crowd at Coachella 2015, so Goldenvoice will not hesitate to book another hard rock band. According to music industry insiders, 2016 will be a “big year” for GNR; there are rumors that the 1987 lineup of Steven Adler, Izzy Stradlin, Duff McKagan, Slash and Axl Rose will reunite for a tour.

With an all-ages appeal, hits like Paradise City and Welcome to the Jungle, a legendary status and a cult following, Gun N’ Roses would be an awesome addition to the Coachella 2016 lineup.

Coachella is no stranger to reunions, in fact, the Pixies, Outkast and Rage Against the Machine are just a few major bands to reunite for shows on the Polo Fields. 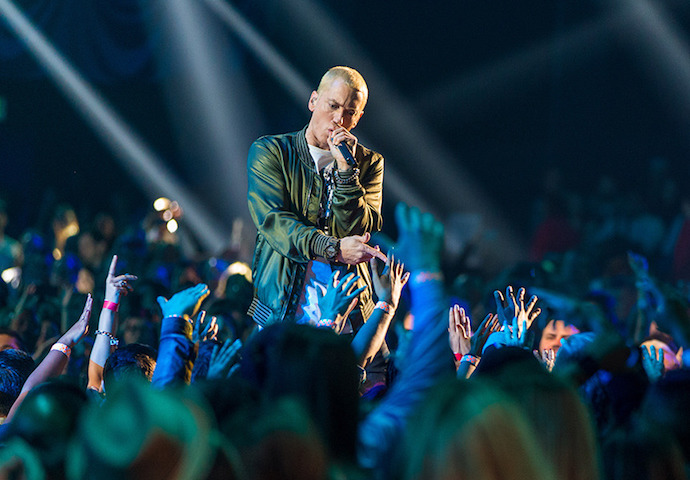 Coachella’s choice for a hip/hop headliner boiled down to three options this year: Kendrick Lamar, Eminem and NWA. All three are Dr. Dre affiliated.

Kendrick released his third album To Pimp a Butterfly in March and backed it up with a national tour, which conveniently ends in late March, just a couple of weeks before Coachella in April. Kendrick headlined Bonnaroo last summer to wide acclaim. Could this be his year to close the Main Stage in Indio?

Earlier this year, rumors swirled about a possible NWA reunion tour with Eminem filling in for Eazy-E, until publicists from both Dr. Dre and Eminem denied the possibility of a rumor (NWA, minus Dr. Dre, went on to reunite for the BET Experience at Staples Center.) With the hype of the Straight Out of Compton movie, Coachella’s booking of Dr. Dre + Snoop Dog in 2012, and Goldenvoice’s ability bring artists together, we’re not ruling out an NWA performance at Coachella 2016.

Eminem, who performed on stage with Dr. Dre at Coachella in 2012, is looking the most likely to headline Coachella given his scheduled performances at several Lollapalooza shows in South America next spring. Slim has been busy this year, working on remixes with The Weeknd and songs with D12. Is he poised to make a comeback and release a new album in 2016? If so, count on him headlining Coachella 2016. 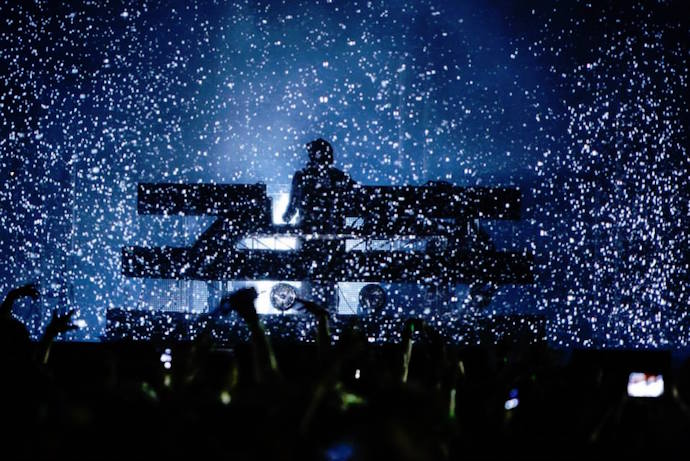 The mysterious LA producer has been making a big splash in the music world in the last couple of years, and he even earned himself a Grammy nomination for his song Faded.

Just a few weeks prior to Coachella 2014, an unattributed mashup of Outkast songs appeared on SoundCloud, which many listeners claimed was released by Disclosure. It was only weeks later that the real identity of the artist was revealed: ZHU. He become an instant sensation and many were disappointed he wasn’t included on 2015’s Coachella Lineup.

But ZHU is ready for a grand festival circuit this summer. He debuted his new, spectacular live show at CRSSD Festival in San Diego in October and played to thousands of fans that packed the stage to catch a glimpse of him. CRSSD is a Goldenvoice festival, so ZHU has likely earned himself a late-night set on either the Outdoor Theatre or even the Main Stage this April. 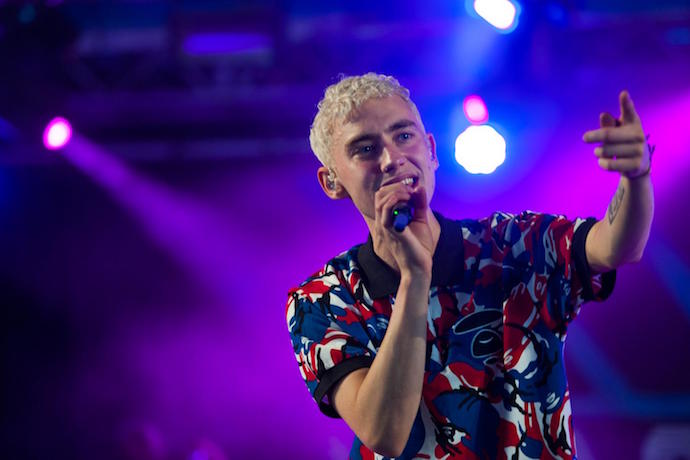 Years & Years will be at Coachella 2016, just take look at their tour schedule, which list dates in Southwest cities in early April. If that evidence isn’t strong enough, then consider the massive popularity of their hits King, Desire and Shine which reached top 10 spots on several charts. The UK band is hitting their stride and is poised for a massive festival circuit in 2016. Get to know their songs by listening to our Coachella 2016 Lineup playlist on Spotify. 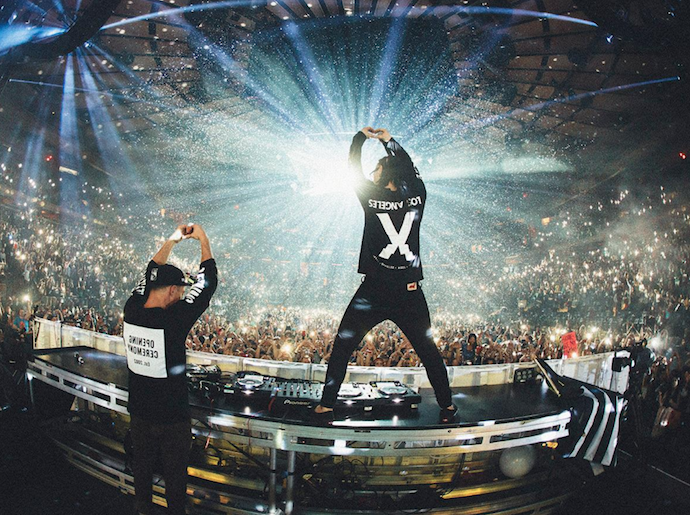 The last year has been a massive one for Diplo and Skrillex, the collaborators behind Jack Ü. Diplo’s Lean On from his Major Lazer project was a commercial success, and Jack Ü’s Where are Ü Now peaked at number 8 on the Billboard Top 100 chart. The duo were missing from Coachella’s 2015 lineup despite playing major festivals like Ultra in Miami.

Given their current buzz, it’s very likely we’ll see Jack Ü closing out the Sahara or even the Outdoor Theatre this year. 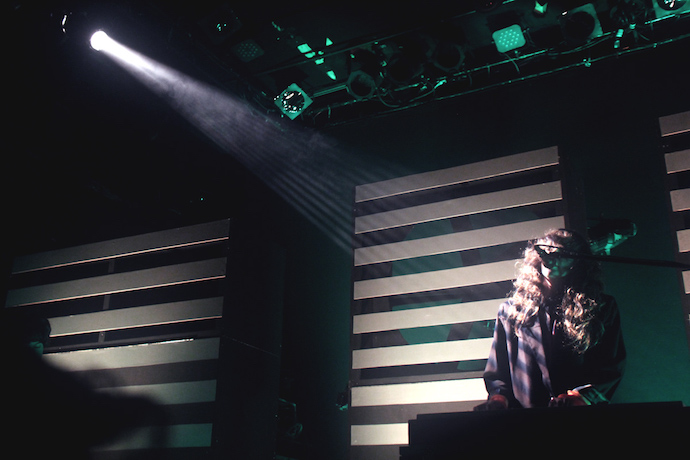 Coachella’s promoter, Goldenvoice, is known to book acts that sell out their Los Angeles venues El Rey, Fonda and Club Nokia. And this December a dream pop band from Maryland is playing three sold out shows at the El Rey theatre: Beach House.

The band just released their sixth studio album, Thank You Lucky Stars, and is promoting it with an international tour that ends in March. Consider Beach House a sure thing for Coachella 2016. 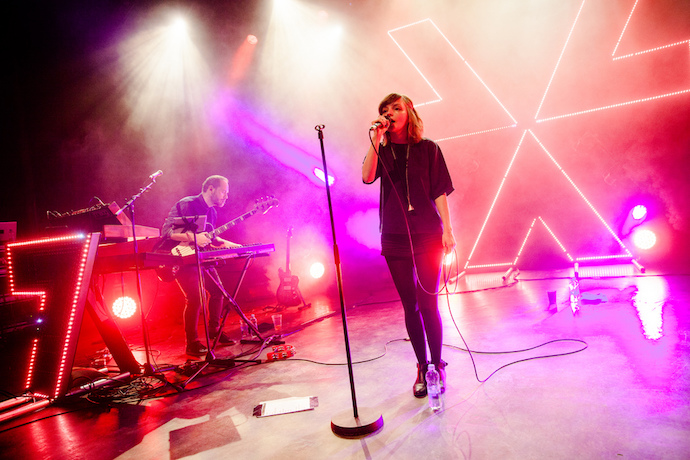 CHVRCHES were in high demand during the 2014 festival season, following the release of their critically acclaimed album The Bones of What you Believe which included hits like The Mother we Share and Recover. The band has already committed to a number of festival shows in Australia for early 2016 and returns to the US in March for a show in Miami. You will be hearing CHVRCHES synth-pop sounds on the Polo Fields this April 🙂 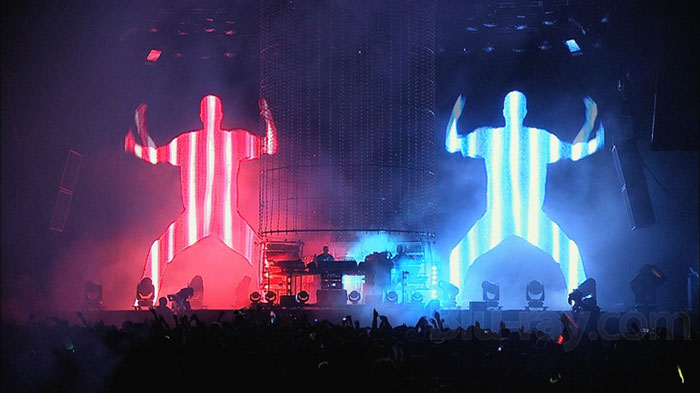 Starting around 2010, Coachella began moving towards more mainstream, big-room EDM acts like Swedish House Mafia, Tïesto, Kaskade and AfroJack. But The Chemical Brothers, legends in the EDM world, have always been a Coachella favorite and have played the festival on five different occasions, including the first Coachella in 1999.

The release of their 2015 album Born in the Echoes earned them a headlining spot on the “Other Stage” at Glastonbury last June, so it only seems rights that we’ll see these British rockers playing a late set at Coachella this year.

This list will continuously be updated as we get closer to the event, be sure to check back for details.

Coachella pre-sale tickets sold out in May, but there are some tickets being resold on TicketNetwork. Please note that these are tickets being resold by people that bought them and that may not be able to attend the festival. These are not tickets sold directly by Coachella. TicketNetwork is the best place to buy after-market Coachella tickets because they offer a 125% money-back guarantee on tickets purchased through their site. More information can be found here.